AMERICAN FORK, Utah -  Police in American Fork are asking for your help finding a missing man.

Officers said 30-year-old Paul Heiner Swenson was last seen Thursday at about 3 p.m. at his home in American Fork.

Police said Swenson left to go to an appointment in Salt Lake County but never arrived.

According to American Fork officials, Swenson may have been suffering from a medical or other condition at the time.

Swenson's cell phone has been turned off and he has not been heard from since. 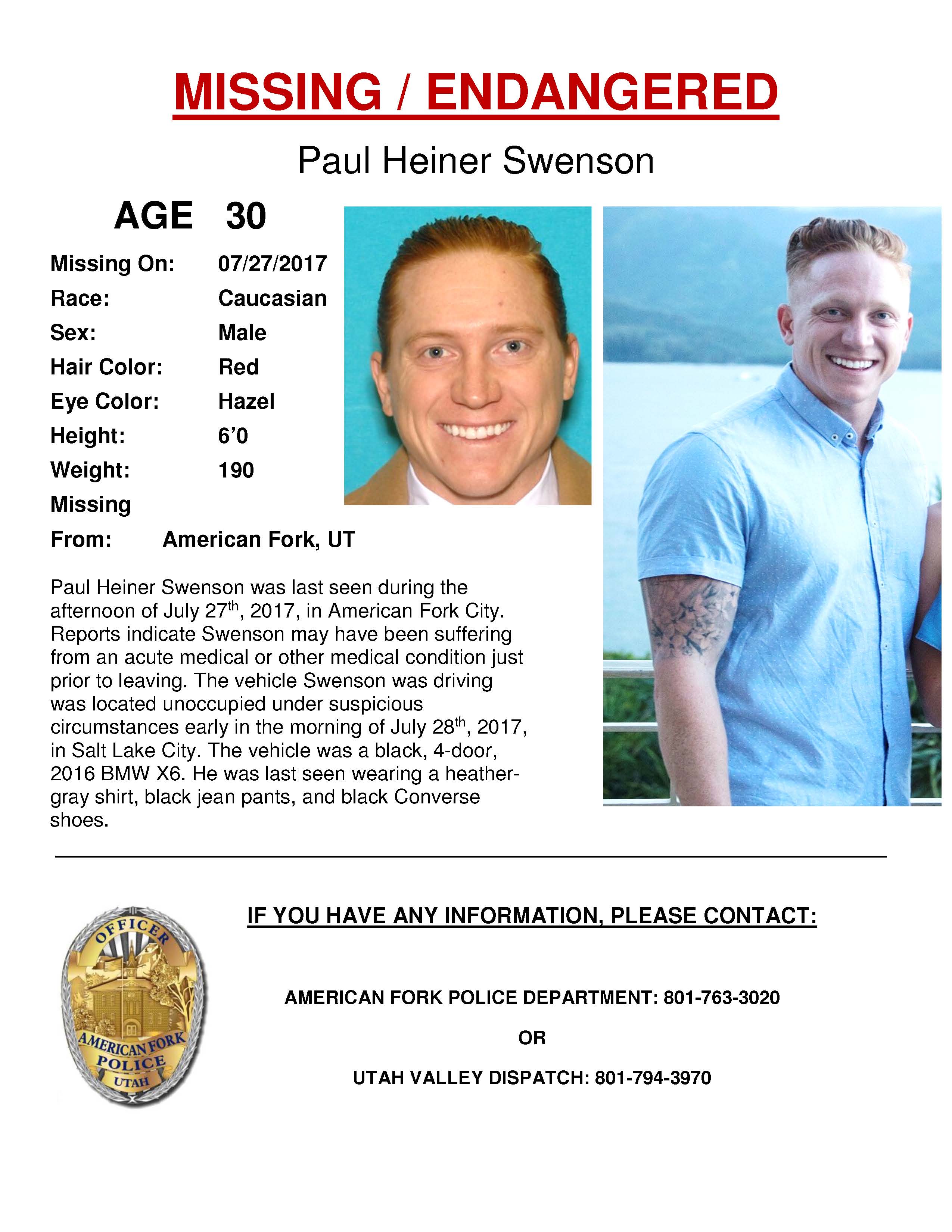