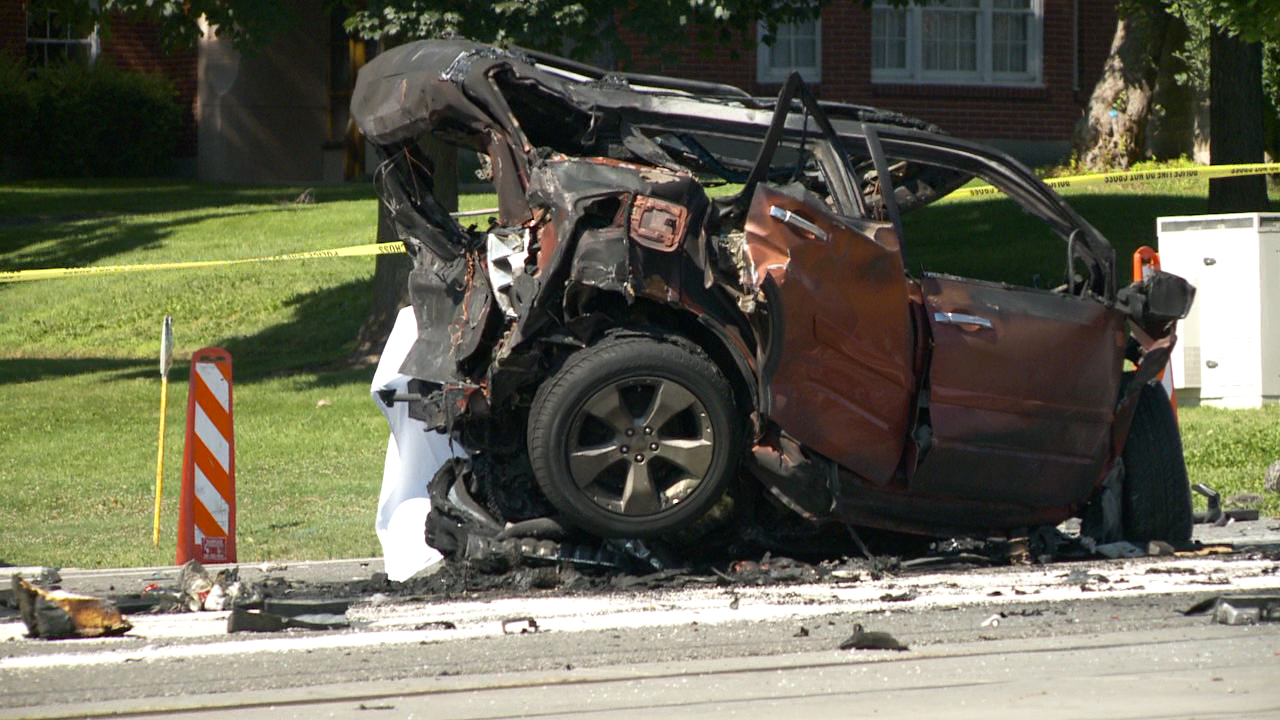 UPDATE: Salt Lake City Police confirmed at 8:54 p.m. Friday that the driver of the SUV injured in the crash has died. The passenger in that SUV who was injured is still being treated.

The driver of the other vehicle was killed at the scene of the crash after the vehicle he was inside caught on fire. He was identified Sunday as 34-year-old Fernando Jiminez-Martinez.

As of Sunday night, the female passenger in the SUV remains in critical condition.

SALT LAKE CITY — Salt Lake City Police said one person was killed and two people are in serious condition after an SUV rear-ended a car and pushed the car for a block and a half before colliding with a pole, which caused the car to catch on fire.

Salt Lake City Fire stated at 3:42 p.m. that traffic is blocked between the University of Utah and 900 South as a result of the crash that ended at 500 South and 1100 East.

“…just west of 1300 East on 500 South witnesses reported that a large SUV ran into the back of a passenger vehicle, and then pushed that vehicle about a block and a half, where it then collided with a pole above the TRAX line,” Heiden said. “At that point both of the vehicles separated and the passenger vehicle started on fire.”

Heiden said bystanders rushed to help the driver of the car that ignited.

“And people came from a business nearby and tried to help put out the fire, but it was just too big to put out at that point,” she said. “The fire department responded, and it was obvious that the person inside the vehicle was deceased at this time.”

The two people in the SUV were taken to a hospital in serious to critical condition.

Heiden said the people in the SUV are an elderly couple.

“It doesn’t appear to be anything malicious, we’re looking into a medical issue but we’re not quite sure,” she said of the possible cause of the crash.

The vehicles collided with a UTA pole, disrupting Red Line TRAX service. A bus bridge was set up to ferry passengers through the affected area.

Heiden said investigators would remain on scene through Friday night, and she said once the investigation concludes then UTA will be able to enter the area to effect repairs on the pole.

Police are still working to identify the deceased and notify their next of kin.

“There’s a person that died in it, and that’s a big deal,” Heiden said. “A person who was just sitting in their car and was rear-ended from behind.”

Fox 13 News has reached out to authorities for more information and will update this story as more details emerge.