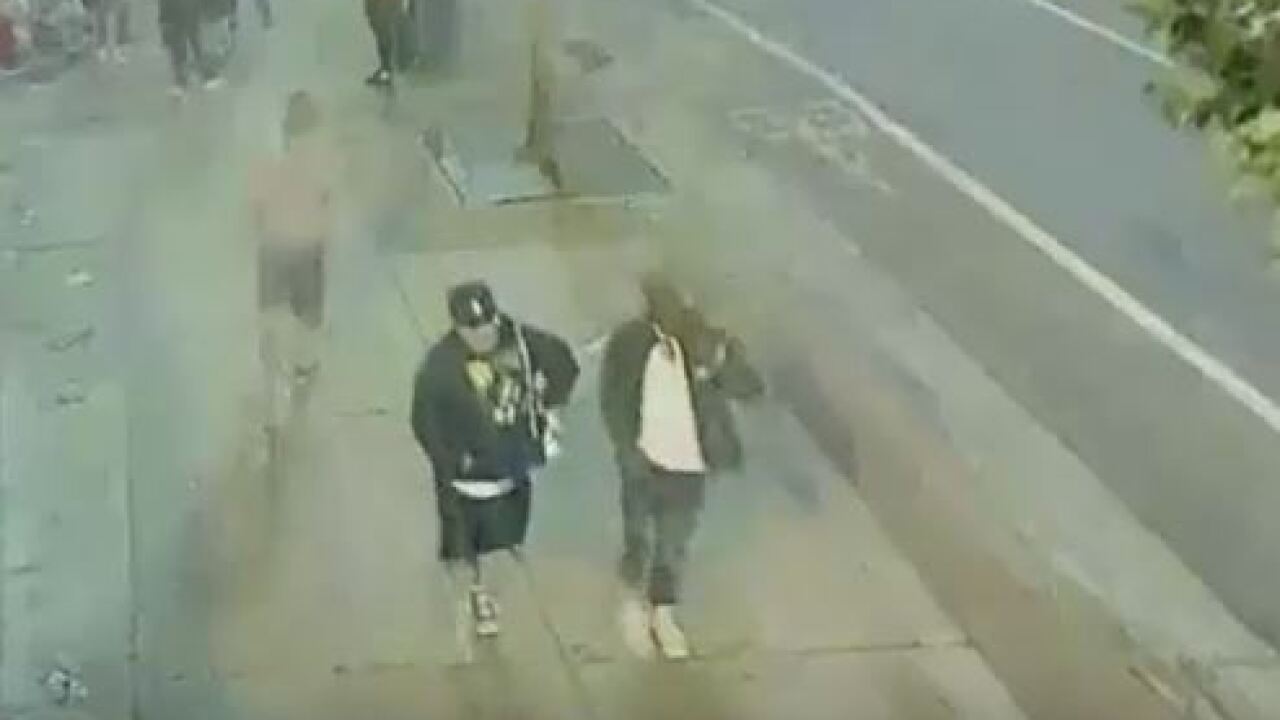 Two persons of interest in a homicide near Pioneer Park on July 26. Image courtesy SLC PD.

SALT LAKE CITY — Police are asking the public for help as they try to identify two persons of interest in connection with a homicide that occurred July 26 near Pioneer Park.

Wednesday, Salt Lake City Police released a video showing two persons of interest who may have been involved in the homicide. Police say a reward for a successful conviction in this case may be available.

The first person of interest is described as a Caucasian or Hispanic male adult who was wearing a dark-colored baseball hat with a white logo, a dark-colored hoodie with an unknown logo on the front, dark-colored shorts, short white socks, and low-top black and white shoes that may be Converse Chuck Taylor’s. The man was carrying some type of bag or purse with him in the images provided by police.

The second person of interest is described as an African American male who was wearing a dark hat, a white T-shirt, a dark-colored zip-up jacket, dark-colored pants and white sneakers.

Anyone with information about the case or who recognizes either of the two individuals is asked to call police at 801-799-3000. Tipsters can also use the department’s text messaging system: “Anonymous tips may be sent by text to 274637. Please start your text with TIPSLCPD, which routes it to the police department. Then include any relevant information. Reference: Case # 17-135694.”