SR-143 closed near Panguitch due to severe flood damage 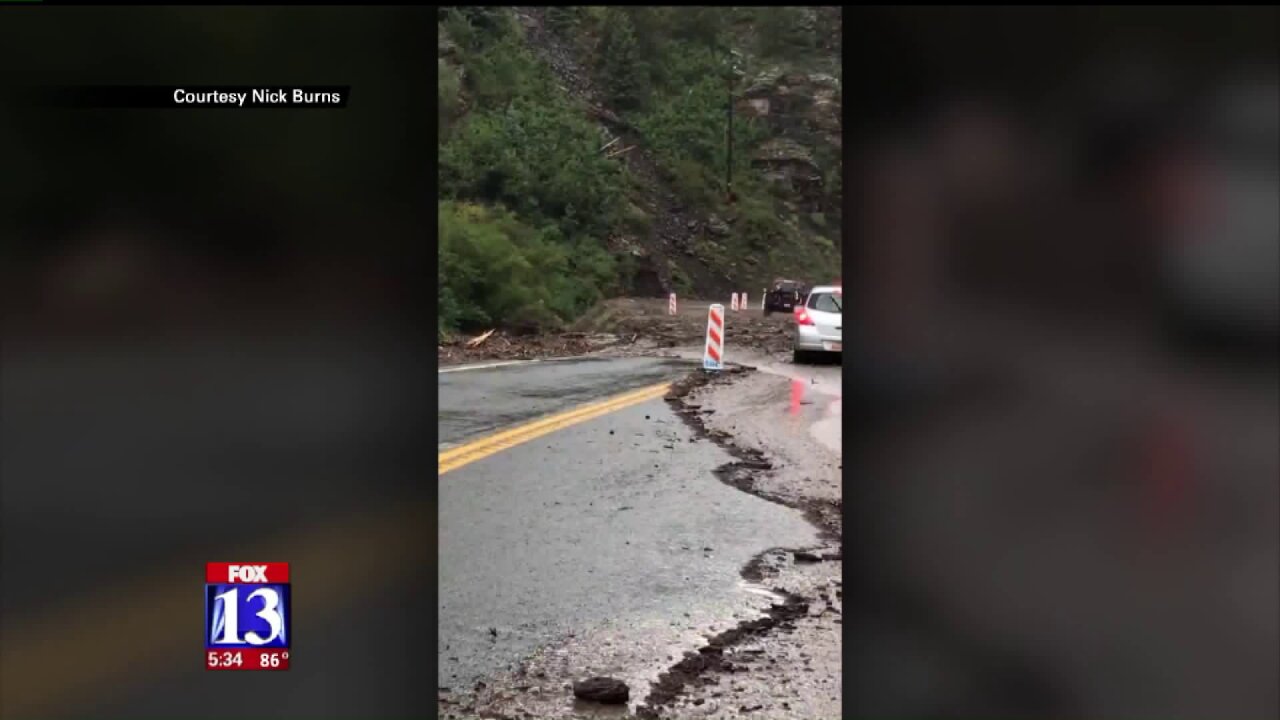 PANGUITCH, Utah — A combination of a torrential downpour and burn scars left behind from the massive Brian Head fire left severe flooding that tore apart roadways along State Route 143.

“We’re are dealing with several sections of SR-143 that experienced some issues with this flooding,” said UDOT spokesperson John Gleason. “Six different sections that possibly had some potential erosion issues. One in particular, where one has lane has pretty much completely washed out.”

Gleason said UDOT crews have been working to repair all the damaged roads on Monday but might not be complete until Tuesday. Even by then they might still have to have one lane shut down.

“The heavy rainfall played a majority of the role,” said Gleason. “The wildfires that happened here recently also created a burn scar, so the flooding was being even worse than it would have had that burn scar not been there.”

Several viewers sent FOX13 cell phone video of the flooding near Panguitch Lake, and along SR-143 where the road broke apart.