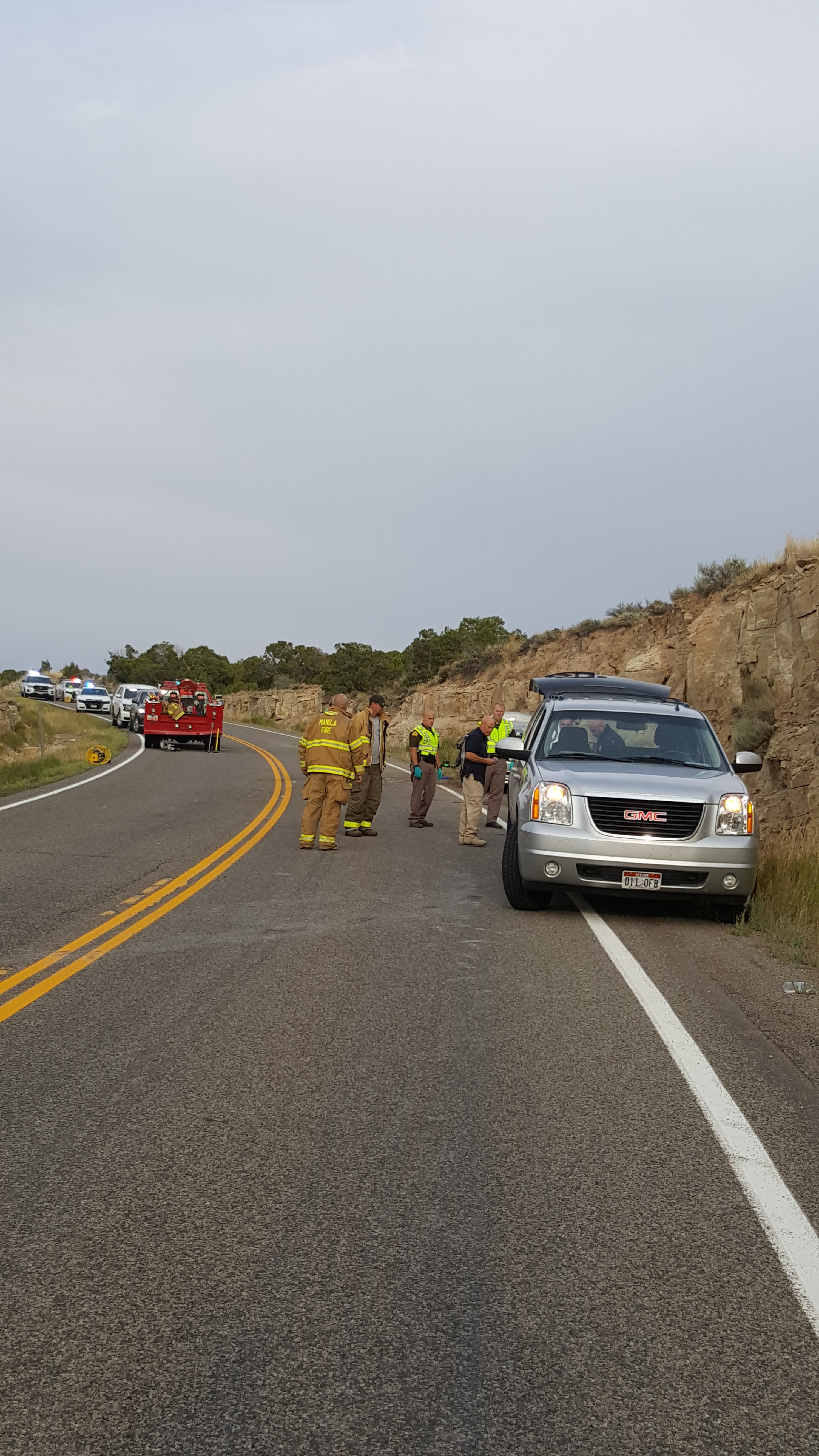 According to a news release from the Daggett County Sheriff’s Office, Mark Mathews, 48, and Sage Edson were killed when the Chrysler Town & Country minivan they were in rolled on SR-44.

Deputies were called to the scene, near mile marker 24, around 4:45 p.m. The minivan rolled at least three times and Edson was ejected from the vehicle.

A 25-year-old woman was flown to a Salt Lake City hospital. Two other people, including an 11-year-old boy were taken by ambulance to Ashley Regional Hospital in Vernal.

According to the Daggett County Sheriff’s Office, the family is from the Bountiful area.