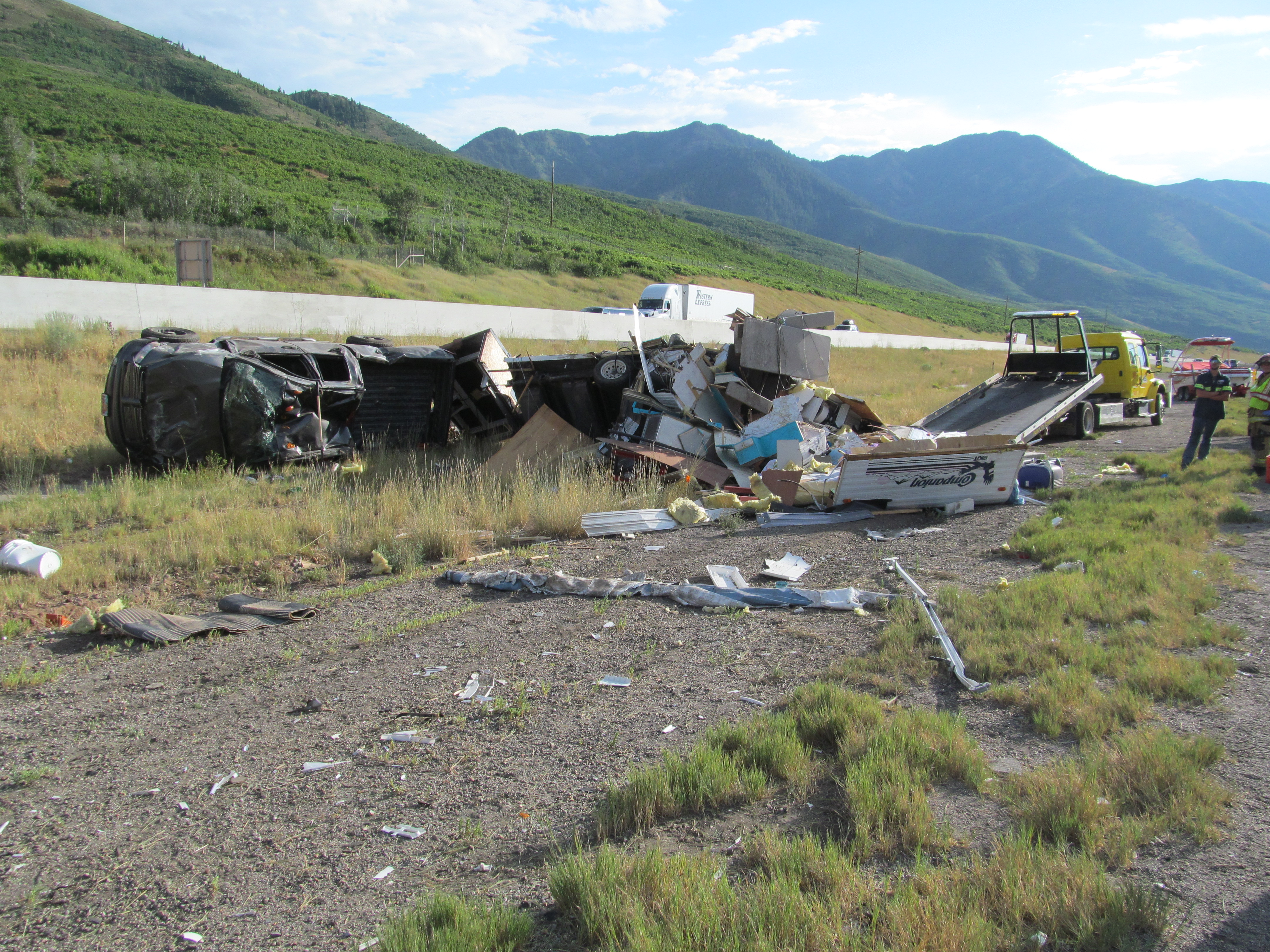 According to UHP, the crash occurred around 5:45 p.m. on westbound I-80 near milepost 138 as a Dodge Ram 3500 was towing a fifth-wheel travel trailer along with a boat.

Police say that as the truck began its descent from Parleys Summit, the boat trailer began to sway. The driver attempted to correct the sway, but the swaying intensified and the truck ultimately went off the road to the left and struck the median before rolling.

The truck and trailer rolled and the truck came to rest on its side while the boat trailer was disconnected and slid left into the median.

All six occupants of the vehicle were properly restrained. Five occupants suffered minor injuries or no injuries at all. The sixth occupant, a 6-year-old boy, suffered a broken arm.

“Buckling up truly saved lives today,” UHP stated at the conclusion of the press release.