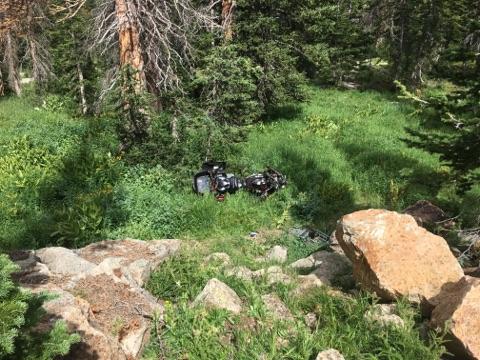 DUCHESNE COUNTY, Utah — A man was flown to University Hospital in Salt Lake City Saturday after crashing his motorcycle and falling about 150 feet during a ride in Duchesne County.

According to the Utah Highway Patrol, it happened near mile post 30 on SR-150, also known as Mirror Lake Hwy.

The victim, a man in his 60s, was riding with a group of friends when he lost control of his motorcycle as he negotiated a curve, a statement from UHP said.

The motorcycle hit the gravel on the shoulder and went off the right side of the road, the statement said.

The man’s injuries are not believed to be life-threatening, according to UHP.