One killed, others injured in crash at Bonneville Salt Flats during ‘Speed Week’

BONNEVILLE SALT FLATS, Utah - One person has died and others are injured after a crash at the Bonneville Salt Flats.

Multiple medical helicopters were called to the Bonneville Speedway for the fatal accident Wednesday morning.

Two vehicles, a pickup truck with four occupants and a minivan with two occupants, were involved in the crash, according to investigators. The crash occurred in a wide open area of the flats.

"We had a total of six patients: Two were transported by ground, three were flown, and one went fatal," said Lt. Eli Wayman of the Tooele County Sheriff's Office.

The crash happened during "Speed Week," but according to the Bureau of Land Management, the crash had nothing to do with the racing.

"At this point we don't have a reason as to why the accident occurred," Wayman said of the cause.

Bonneville Speed Week organizer Pat McDowell said all six people involved in the crash are from out of the state, visiting Utah as spectators for the races.

A 65-year-old man from California was killed in the crash.

Of the injured, one person is in very serious condition and others have life-threatening injuries.

A Bonneville Speed Week racing has since resumed and will continue as previously scheduled through the weekend.

"We're gonna race," said Pat McDowell, Speed Week Organizer. "That's what we came to do. Our hearts are sad for the people injured and the loss of life. People who race know there's danger involved, and we're gonna continue racing and finish our week and do the best we can."

"The BLM is aware of the non-racing vehicular accident that occurred on the Bonneville Salt Flats this morning.  The Tooele County Sheriff Department is the lead agency for this investigation, and the BLM is committed to supporting Tooele County as needed. Our thoughts are with the patients and their families." 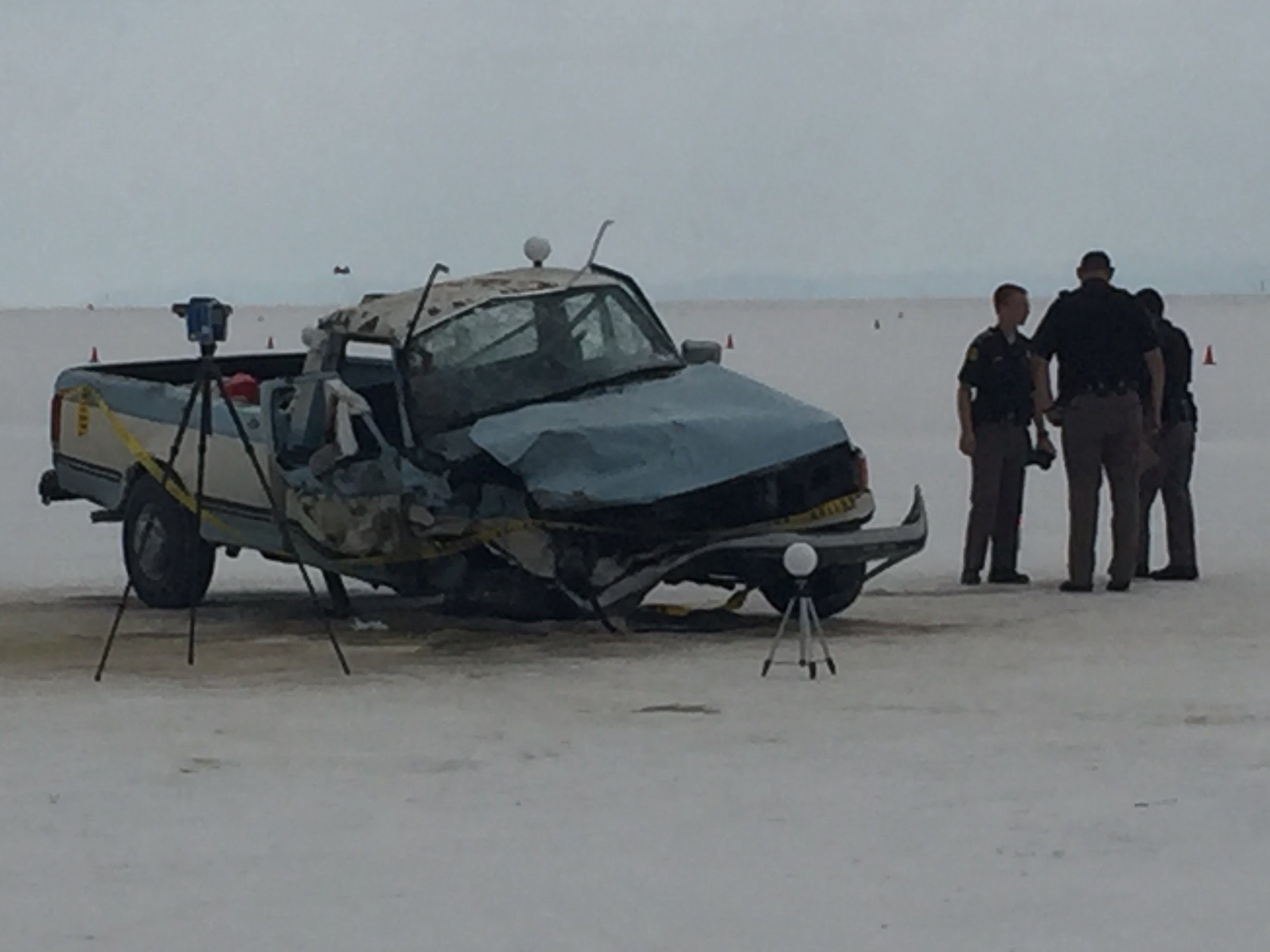