Body of Vernal man recovered in the High Uintas Wilderness.

Weyerman had gone on a three-day excursion in the Reader Lake area of Duchesne County, and family members called authorities when he didn’t return when he was supposed to.

Rescue teams from Duchesne, Uintah and Summit Counties, with the help of the Department of Public Safety’s helicopter, recovered his body, which was located in the center of a 1000 foot cliff face.

From the initial investigation it appears something went wrong as Weyerman was rappelling down the cliff, and he had fallen between 300 and 500 feet, according to the Duchesne County Sheriff’s Office. 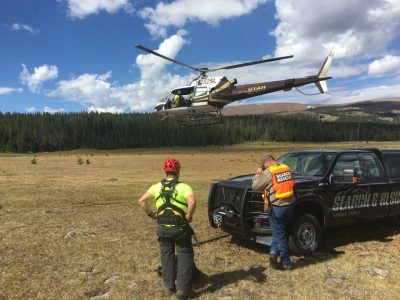