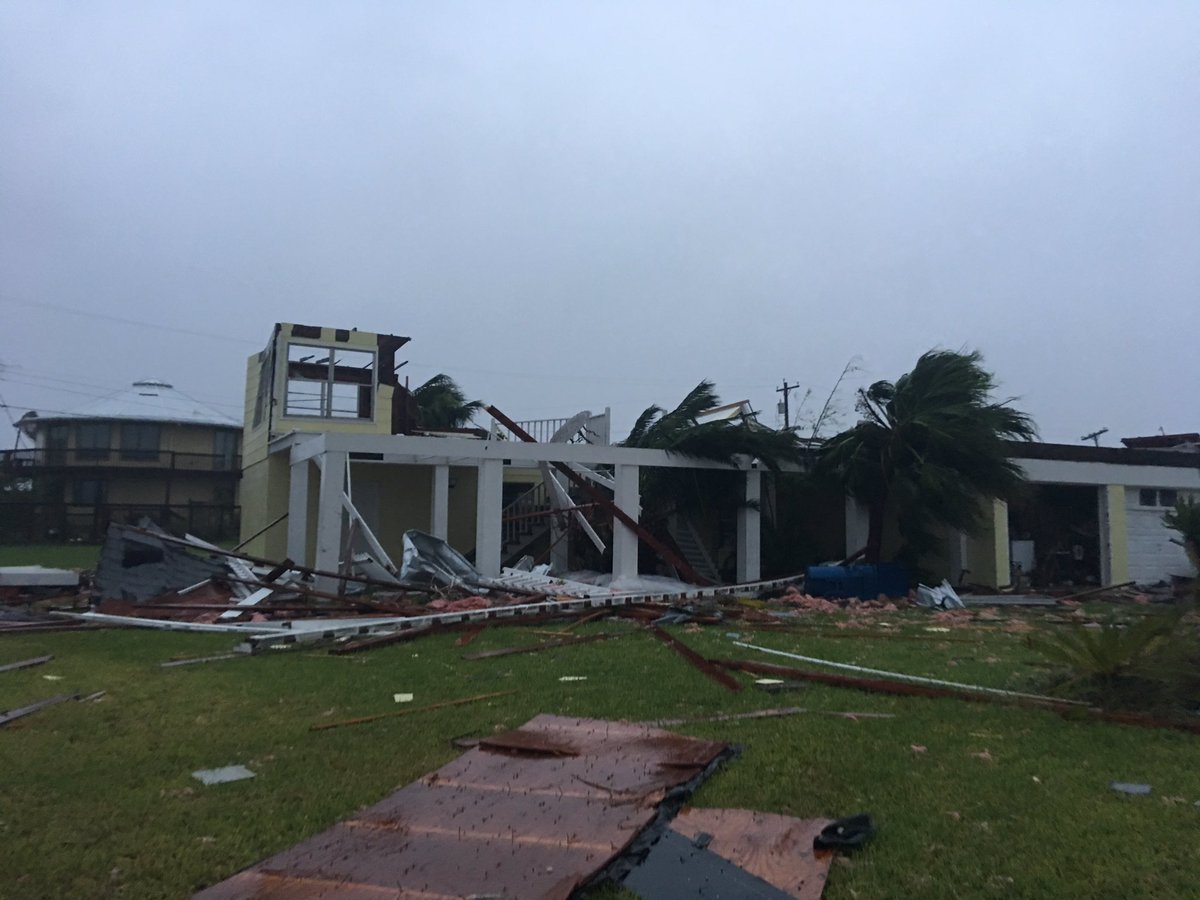 Hurricane Harvey slammed directly into the coastal Texas city Rockport overnight, knocking down trees and signs, bending utility poles in half like toothpicks, and blowing out the windows of police cars.

“There’s been widespread devastation,” he said.

The Category 4 storm brought high winds and heavy rains to the area,. Harvey has since been downgraded to a Category 1 storm but heavy rain is still lashing the area. Further flooding over the next few days could add more considerable damage to the reeling city.

Officials anticipated that the storm could prove fatal for those who did not flee.

“As of right now I do not have any confirmed deaths, mostly because the teams have not been able to fully assess the damage,” Wax said.

The city’s mayor pro tem delivered some dire advice to residents planning to ride out the storm.

“We’ve instructed the citizens of Rockport who did not evacuate to write their name and Social Security number on their forearm to help out first responders should they find a body,” Mayor Patrick Rios told CNN.

That bleak tip underscored the stakes in Rockport late Friday, when Harvey slammed the city, unleashing a torrent of heavy rain and strong winds.

But the full extent of the destruction is still not known because first responders were themselves hunkered down overnight.

“We haven’t been able to get out and make any kind of assessment of what we’ve got,” Rockport Fire Chief Steve Sims told CNN early Saturday. “It’s starting to break daylight. We’ve still got pretty high winds going. But we will be getting out here before too much longer and trying to see what we got left.”

Rockport city manager Kevin Carruth told CNN that crews raced to survey the extensive damage during the eye of the hurricane overnight on Saturday. They saw extensive damage downtown of the city, which is home to nearly 10,000 people and sits about 30 miles northeast of Corpus Christi.

Rockport resident Robert Jackson said riding out the storm was “about the most stressful thing I’ve ever been through.” He didn’t sleep at all overnight because the wind “sounded like a freight train with square wheels.”

About 50 to 60 percent of residents decided to stay in the city through the storm, officials told CNN. Police received calls of roofs ripped off homes and walls falling on people, officials told CNN, and at least one family was trapped by water.

They managed to rescue about 20 people during a short break in the storm, but otherwise have been unable to do extensive rescues. Teams left to survey damage at about 10 a.m. ET, Wax said.

Robert Arnold, a reporter for CNN affiliate KPRC, said the station’s news truck nearly tipped over from the high-speed winds. Water and rain were blowing sideways, and were being whipped “into a froth,” he said.

A CNN team reporting from Rockport said that residents asked the crew to use their satellite phones to call loved ones.

“It was howling,” he told CNN.