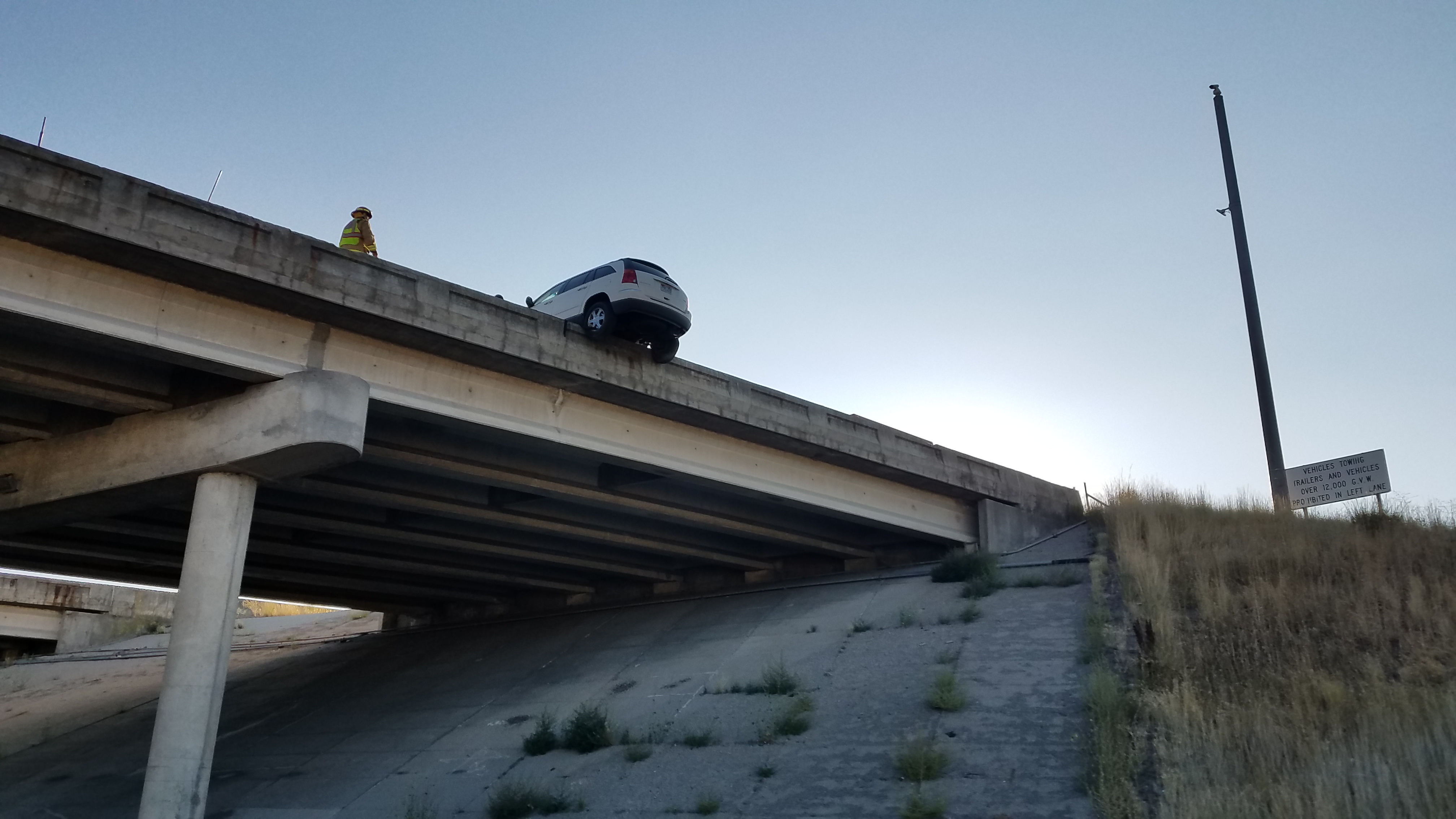 SUMMIT COUNTY, Utah — A woman was shaken up Sunday after she lost control of her vehicle, hit a barrier and ended up with a portion of her car hanging over an overpass on I-80.

Trooper Cameron Roden of the Utah Highway Patrol said the crash occurred shortly after 6 p.m. near mile marker 141 on westbound I-80 in Summit County.

The woman lost control of her car and struck the barrier, and the rear end of the vehicle ended up on top of the barrier and above an overpass.

The driver was treated at the scene but was not taken to a hospital.

Travel was reduced to one lane in both directions as crews cleared the scene of the crash, but later Sunday night all lanes had reopened in the area.