HOUSTON, Texas — President Dieter F. Uchtdorf of The Church of Jesus Christ of Latter-day Saints and other LDS leaders traveled to Houston Sunday to meet with members and oversee the faith’s relief efforts.

Uchtdorf, second counselor in the LDS Church’s First Presidency, traveled to Houston with Bishop Gerald Causse of the Presiding Bishopric and Elder J. Devn Cornish of the Quorum of the Seventy.

The LDS leaders met with members from four congregations who were affected by the flooding or who are assisting with clean-up efforts.

“The Church is really not so much the organization,” Uchtdorf said during his remarks. “The Church is you, every individual member. That makes the difference. And your work, your service, your love, your kindness is a reflection of what the Church is all about.”

After the meeting, Uchtdorf and the others visited a nearby command center where the faith’s relief efforts are being coordinated. The LDS Church states they’ve sent 16 truckloads of water and supplies to Houston and other communities in Texas.

The group also toured the damage caused at the Houston Texas Temple and visited neighborhoods hit hard by the flooding, where they spoke with volunteers assisting with the clean up.

The press release states that six LDS Church meetinghouses have been flooded while 20 others sustained minor damage. There are more than 56,000 members of the LDS Church spread among more than 200 congregations in the region. Of those, 2,800 members have been displaced and 800 members’ homes have been damaged.

The final stop on the trip for Uchtdorf and the others before returning to Salt Lake City was an American Red Cross warehouse in Houston. 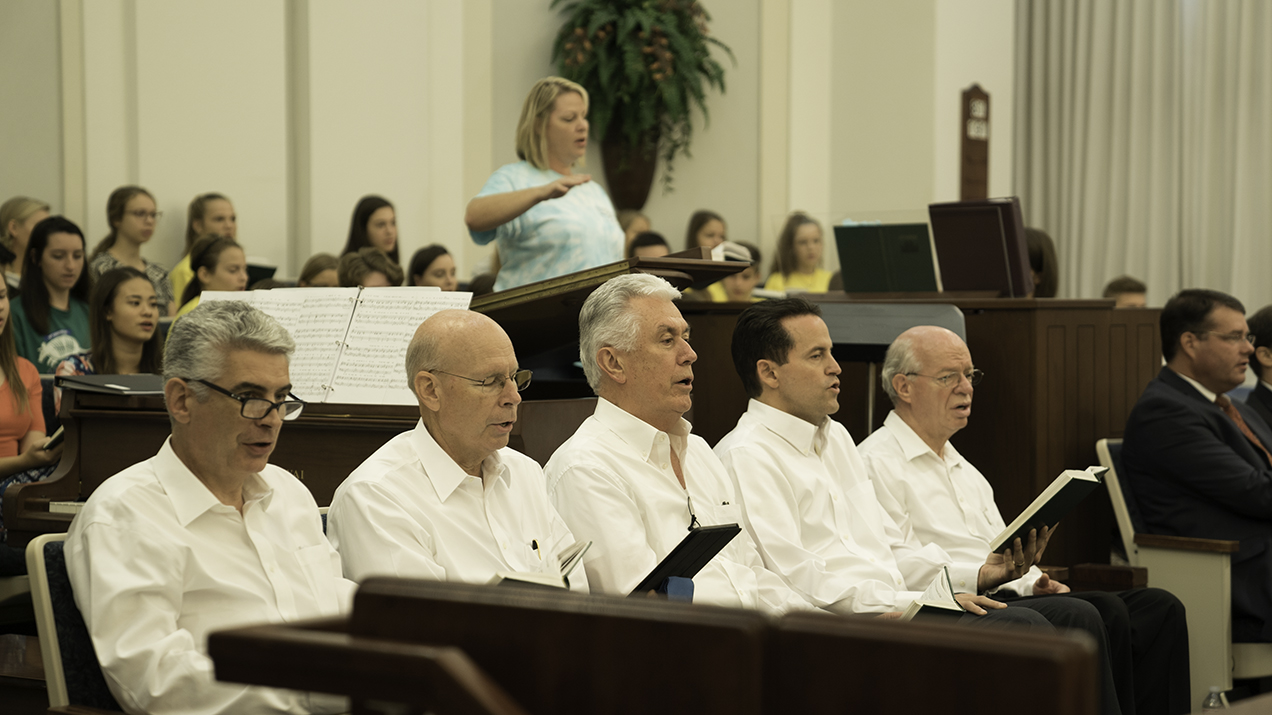