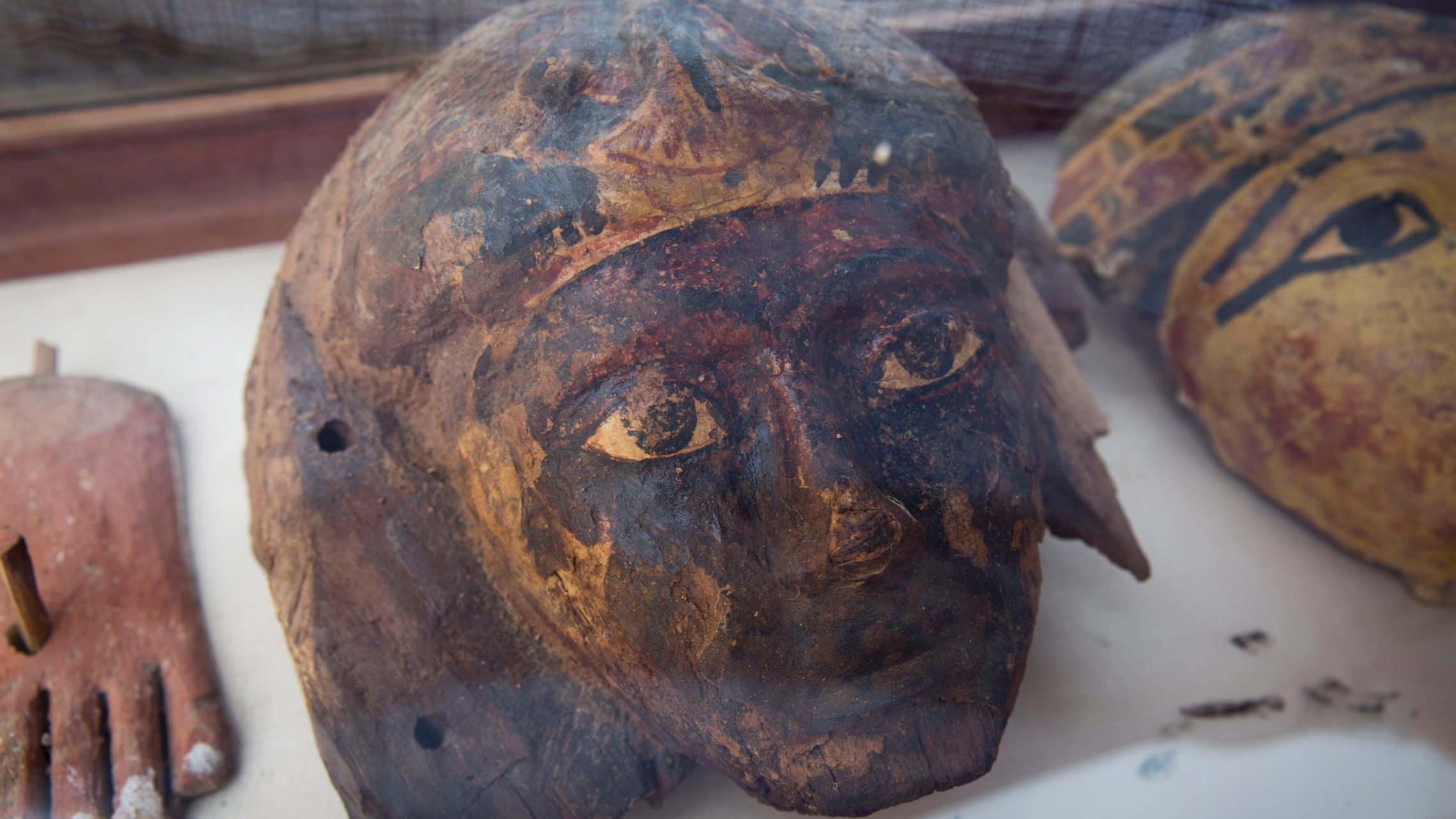 Egyptian authorities unveiled a previously undiscovered ancient tomb belonging to a goldsmith and his wife near Luxor in southern Egypt on Saturday.

The tomb, at the Draa Abul Nagaa necropolis, contains “mummies, sarcophagi, statuettes, pots and other artifacts,” according to Egypt’s Ministry of Antiquities.

It belonged to Amenemhat — which means the god “Amen Is In the Forefront” — and his wife Amenhotep, said Mostafa Al-Waziri, who led the Egyptian team which unearthed the 3,500-year-old tomb.

While Amenhotep is usually a man’s name, Waziri said, the team found references inside the tomb that indicated she was the lady of the house.

CNN was the first media outlet to be given access to the tomb on the day of the announcement.

An entrance, uncovered in the courtyard of another tomb, leads to a squared chamber where, in a niche, Amenemhat is pictured with his wife in a partly damaged duo sandstone statue, Waziri said.

Between their legs is seen a little figure of their son. “The daughter, or as they used to refer (to daughters) ‘the precious,’ is usually the one pictured in this place. If the family have no daughters, they would take their daughter-in-law. It is unusual to see the son,” said Waziri.

The owners belong to the 18th dynasty of Egypt. The tomb appears to have been reused, as sarcophagi from the 22nd and 21st dynasties were found as well, said Minister of Antiquities Khaled el-Enany.

It had two burial shafts, one of them probably dug for the mummies of Amenemhat and Amenhotep. Archaeologists found mummies, sarcophagi and funerary masks carved in wood, along with statuettes of the goldsmith and his wife.

Archaeologists also found the mummies of a woman and her two adult children in another burial shaft in the courtyard. Experts said initial analysis of the mummies shed light on the diseases from which the deceased were suffering, as well other aspects of how they lived.

The tomb also holds clues to new tombs, in the form of funerary cones belonging to four officials whose burial spots have not yet been found.

“This is not the end. This will lead to more discoveries in the future,” Waziri said.

The clue that led to the tomb unveiled Saturday was in fact uncovered in another 3,500-year-old tomb unearthed in April in the same area, he said.

In that discovery, officials announced that they had found 10 colorful sarcophagi and numerous figurines.

The main T-shaped tomb in the April find belonged to a city judge named Userhat and is typical of New Kingdom noblemen’s tombs, the ministry said in a statement at the time.

Egyptian archeologists have also found several other tombs and statues in other areas of Egypt this year.

Parts of a 3,000-year-old colossal statue, believed to have stood about 30 feet tall, were found in Cairo in March. Archeologists unearthed the statue in a pit in an area of low-income housing in the eastern neighborhood of Matareya.

This story has been updated to clarify the translation of Amenemhat’s name made by Egyptian officials during Saturday’s news conference.