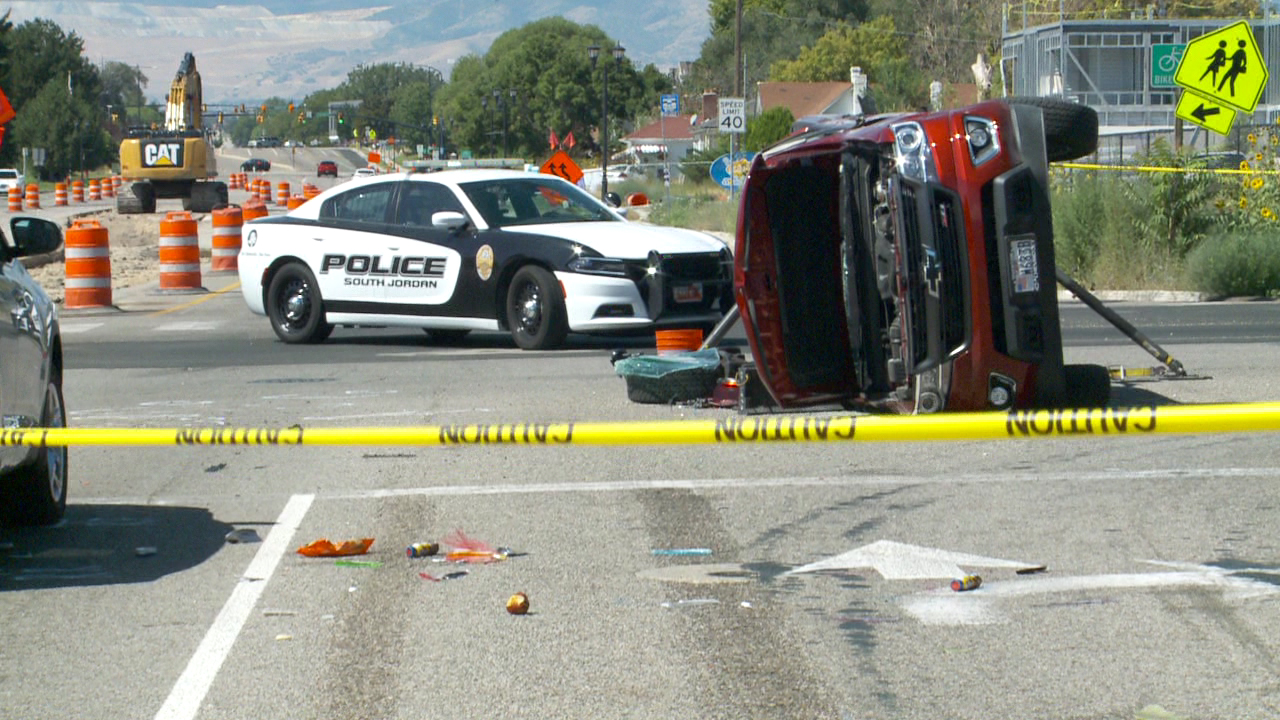 SOUTH JORDAN, Utah — A woman was killed in a crash in South Jordan Sunday morning, and police say initial witness reports indicate the crash occurred after the woman ran a red light.

“Witness accounts are indicating that the vehicle that was going eastbound [a Mercedes SUV] ran the red light, striking the red truck that was going northbound,” Pennington said.

Both vehicles rolled upon impact. A washer and dryer was thrown from the back of the pickup truck and struck two other vehicles stopped at the intersection.

A press release states the driver of the SUV, Harrison, was partially ejected from the vehicle during the crash. Medical responders rendered aid, but she was ultimately pronounced deceased at the scene.

Investigators determined she was not wearing her seat belt when the crash occurred.

Pennington said there were 10 other people among the three other vehicles involved, none of whom were injured.

The intersection was closed for about six hours as crews cleared the scene.