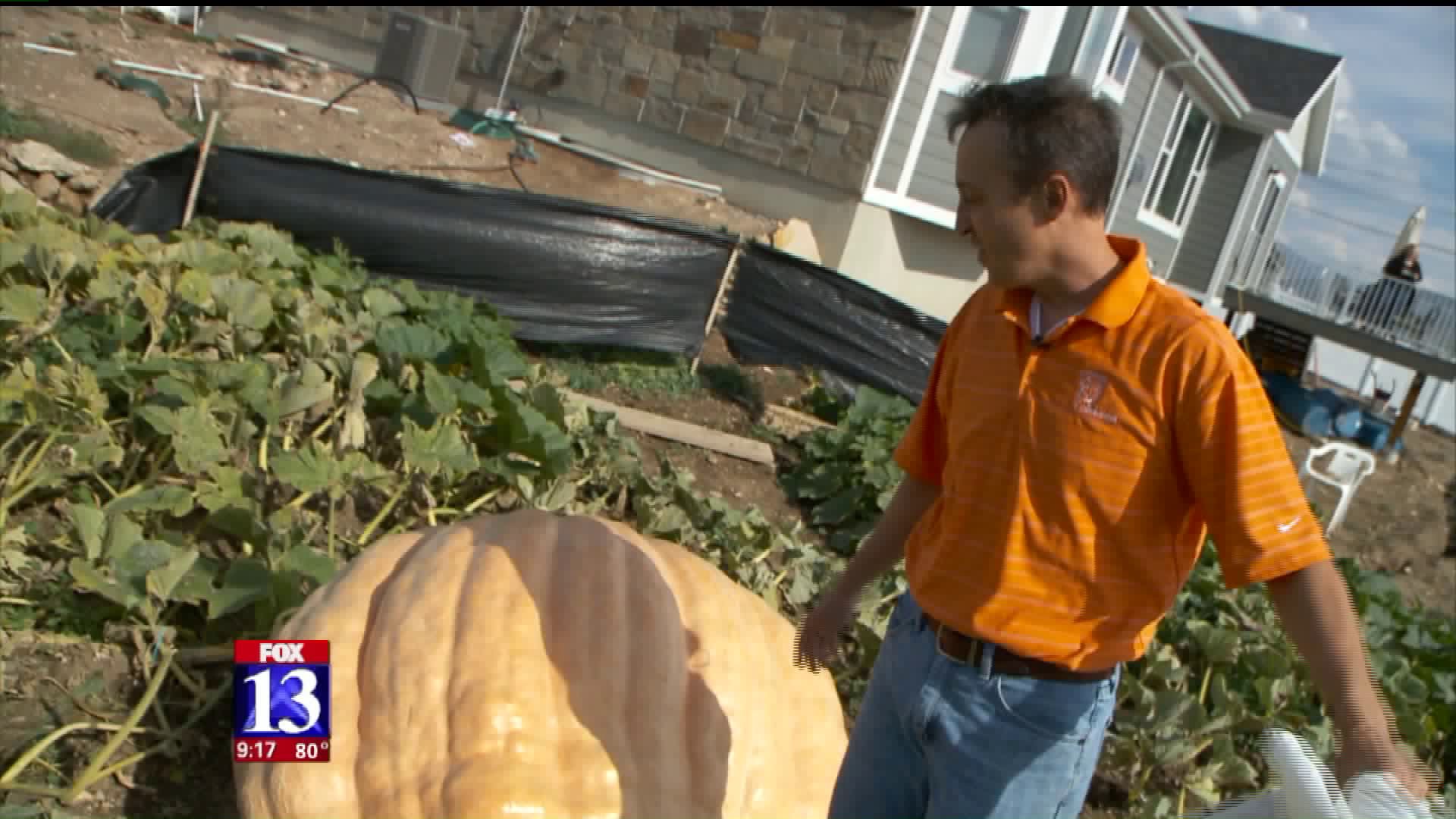 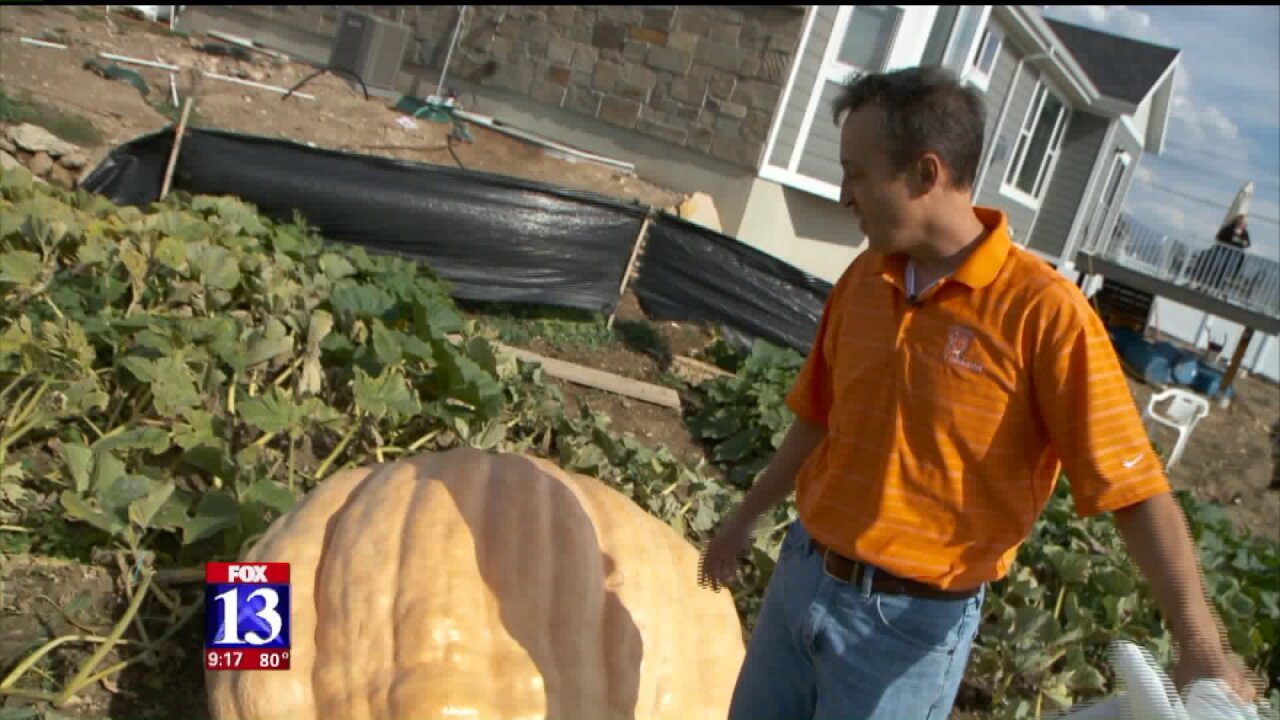 MIDWAY, Utah — Jamie and Amber Johnson have a handful of terms of endearment for one another, but there’s one that’s off limits.

“Definitely not pumpkin,” Amber Johnson snaps. “One time I went to bed and there was a seed where I normally lay and I thought, ‘Have I been replaced?’”

You see, Amber’s husband has another love. She says he keeps it in the backyard, and waters it twenty minutes a day. It’s a 1,000 pound pumpkin.

“If you were to ask my wife, she’d call this an obsession, I call it a passion,” Jamie Johnson responded.

It’s a passion that started for Johnson a decade ago after he grew a few "small" pumpkins in his backyard in Colorado.

“I had a couple pumpkins that were decent size, and I took the bigger one to a local weigh off and ended up winning first prize of 141 pounds. I was hooked.”

The state weigh-in takes place on September 23rd at Thanksgiving Point. The current record was set by Matt McConkie in 2014 with a pumpkin weighing 1817 lbs.

“This one's still growing,” Johnson said as he pointed out the biggest pumpkin in his backyard, which he estimates weighs around a thousand pounds.

He feeds his pumpkin about twenty minutes of water, and about 12 different kinds of fertilizer, including sea weed and fish parts.

He says the best dirt for growing pumpkins sits on a geographical line between Rhode Island and Oregon, known as the "Orange Belt," but, he says, the biggest key is the seed.

“The seeds that I’m growing, I can tell you who mama and papa are 25 generations back,” Johnson said. “The mama seed was 1985 pounds.”

Johnson has lots of pumpkin growing tips and advice, and even writes his own blog. His advice can be found here: https://www.facebook.com/giantpumpkins/?pnref=lhc
​