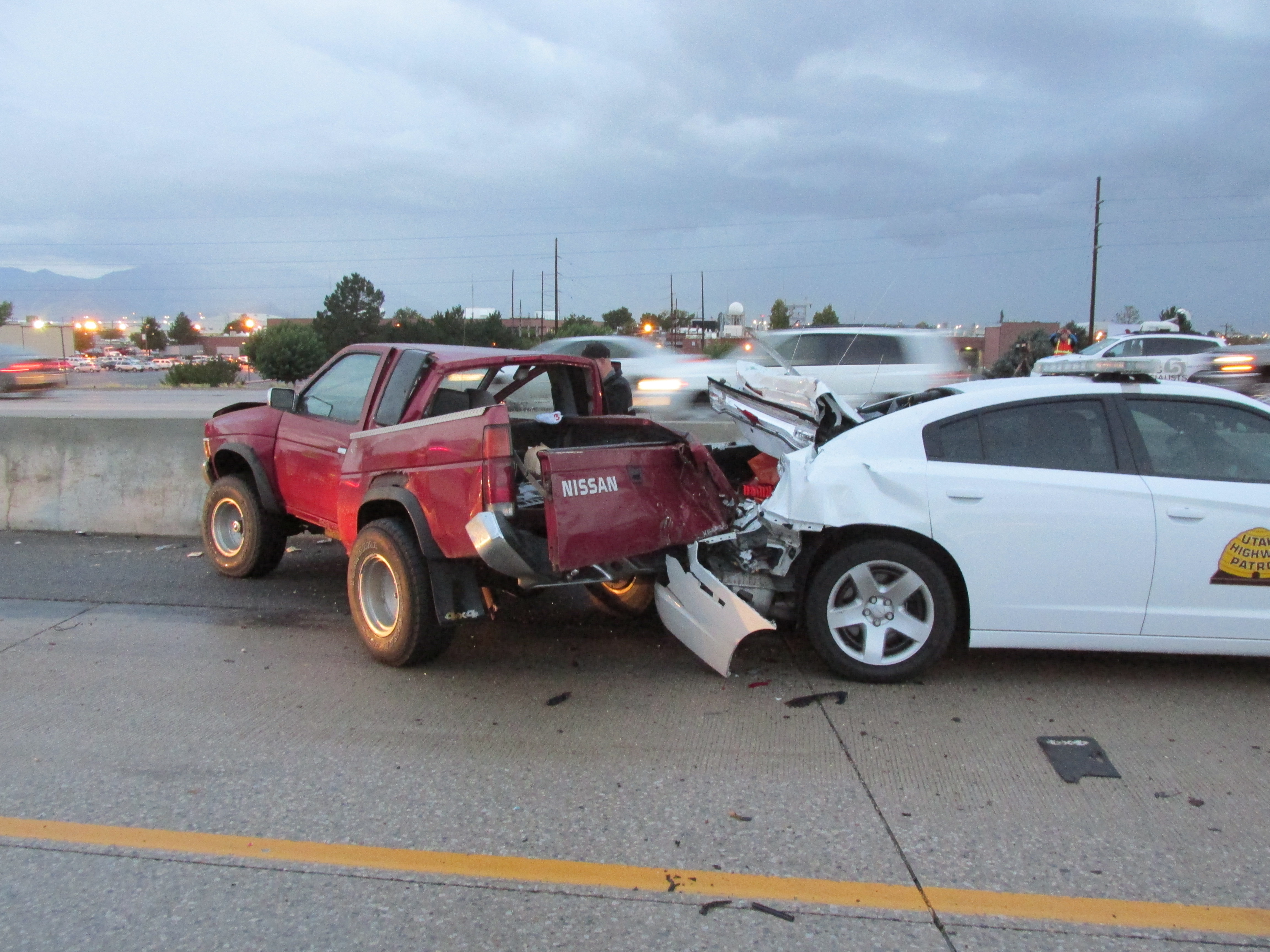 Trooper Dale Talbot was investigating a single-vehicle crash and was parked in his patrol vehicle behind that car in the left emergency lane with his emergency lights on.

The driver of a red Nissan pickup truck traveling northbound lost control, spun out, and rear-ended the patrol vehicle, according to UHP.