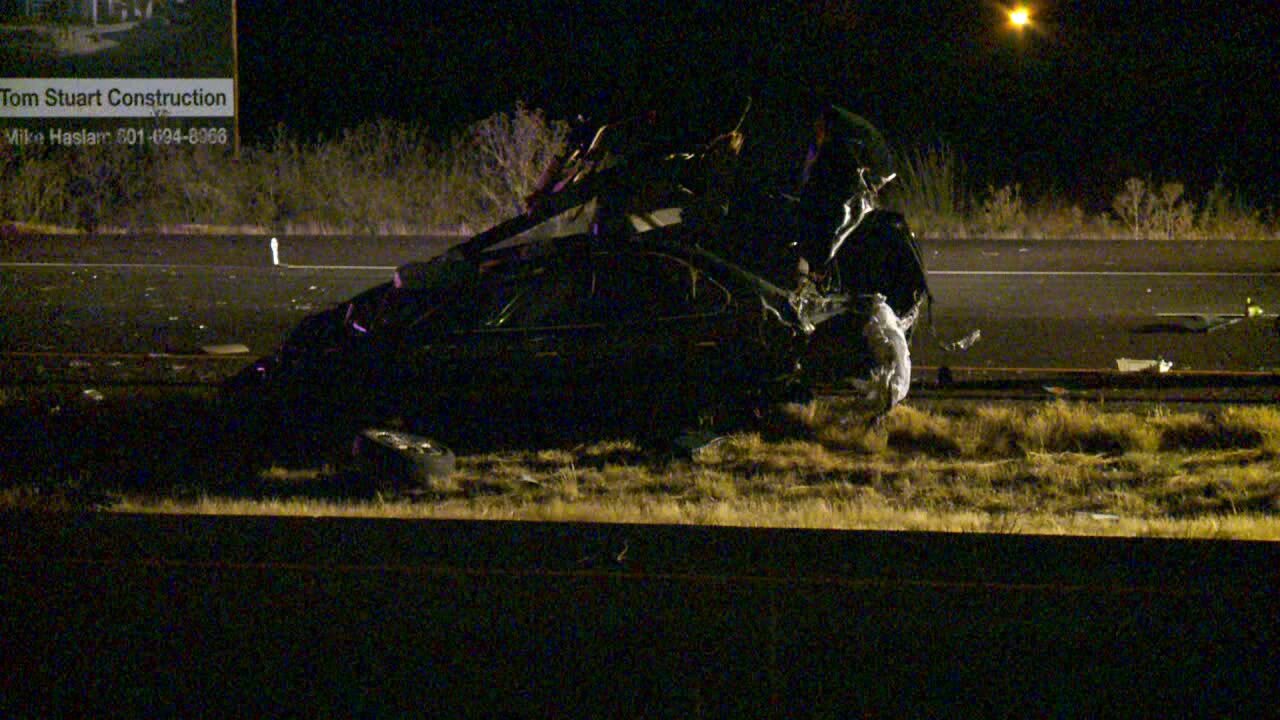 CENTERVILLE, Utah – A Salt Lake City man has died after a crash on Legacy Parkway in Centerville overnight.

The Utah Highway Patrol said a 21-year-old man from Salt Lake City was killed in a crash just before midnight.

Troopers said he was going southbound just north of Parrish Lane at a high rate of speed.

According to UHP, the man’s car flipped end-over-end, ejecting him from the vehicle.

He was not wearing a seat belt.

Authorities said the car landed more than 1,800 feet from where it left the road.