Cottonwood Heights Police is reaching out, in hopes of locating two suspects wanted for fraud in West Valley City.

The couple allegedly stole a credit card during a burglary in Cottonwood Heights, according to police. On September 15, the suspects used the stolen credit card to make several purchases at a Target, and other stores in West Valley City.

The suspects appear in surveillance photos walking out of a West Valley City Target.  They are described by police as a  Caucasion male and female. Both appear to be 18-30 years old.

Cottonwood Heights Police are asking anyone with information to contact their department. 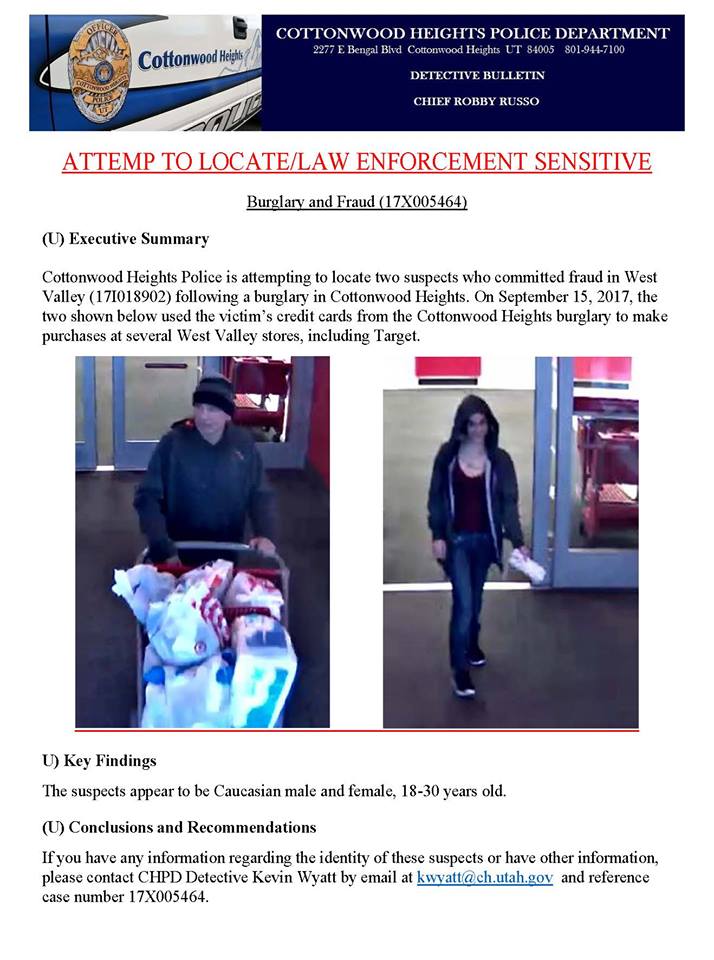