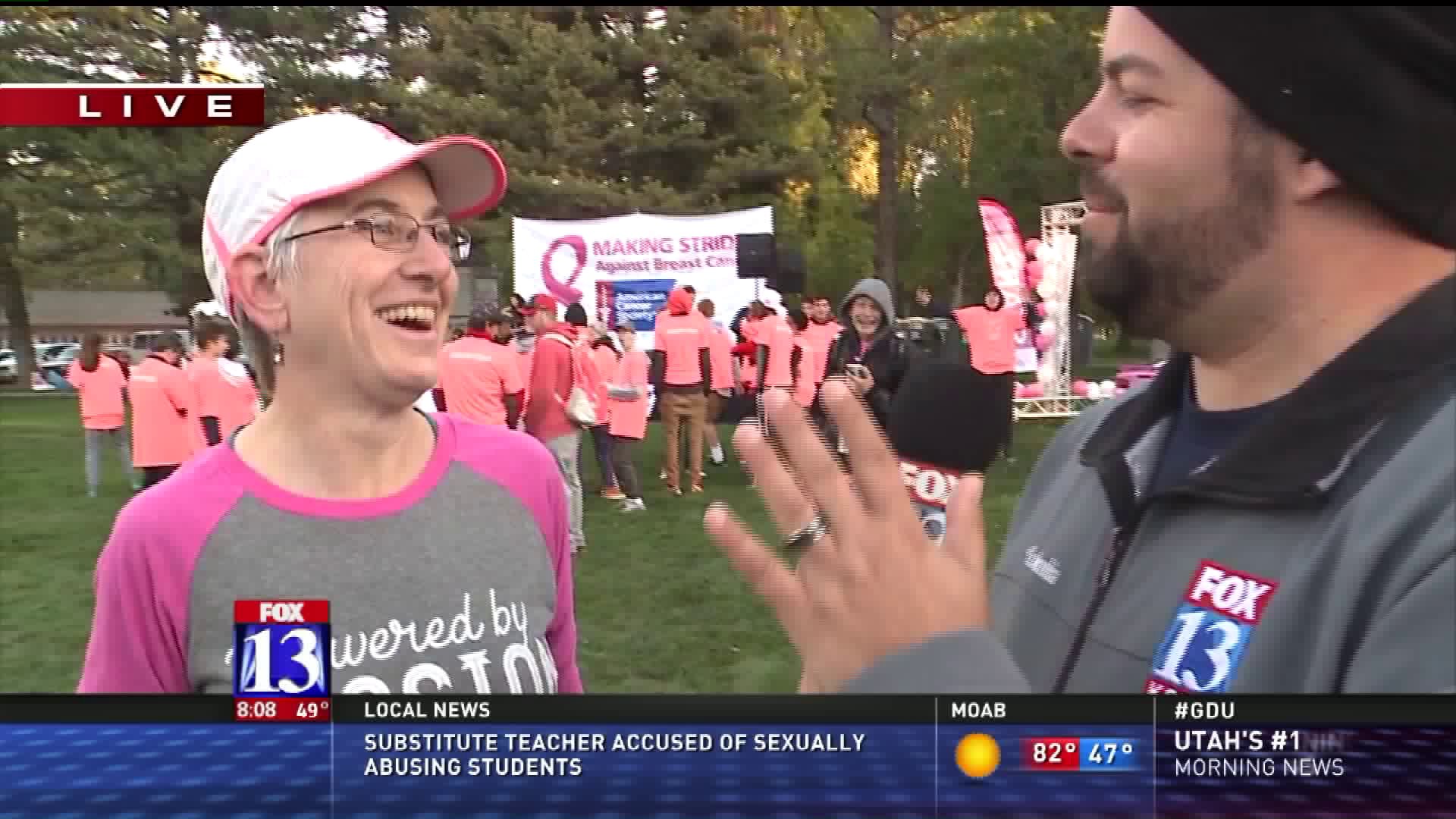 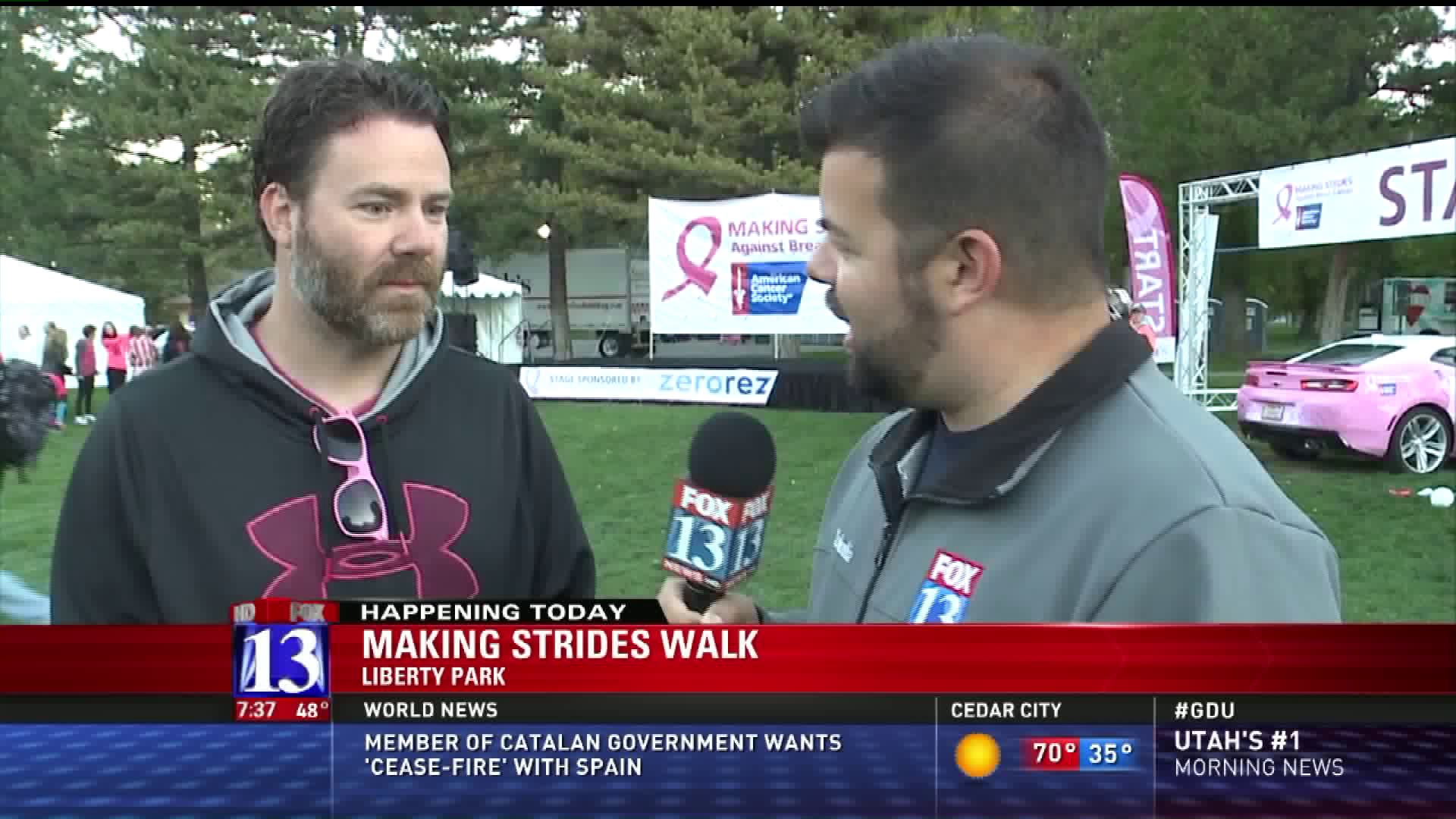 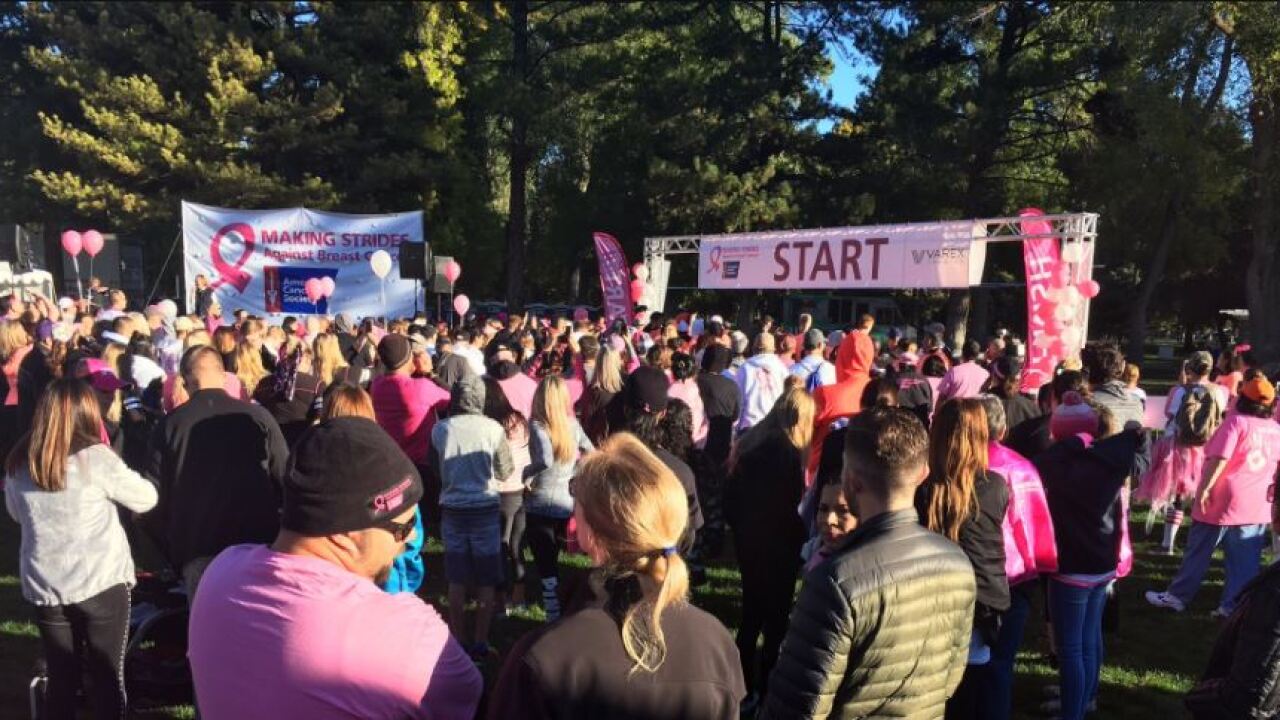 SALT LAKE CITY -- Thousands of people came together to raise awareness and funds in the fight against breast cancer Saturday in Salt Lake City.

Fox 13 partners with the American Cancer Society for the annual event, which took place Saturday at Liberty Park. According to the event's website, donors have raised $101,402 as of Saturday afternoon.

The event brings together breast cancer survivors, caregivers, volunteers and corporate and community members for a non-competitive 5K walk. The event raises awareness and funds to create a world without breast cancer.

Fox 13's Ben Winslow was at Saturday's event to take in the sights and sounds, see the videos above for details.

According to the American Cancer Society, an estimated 252,710 women in the United States will be diagnosed with breast cancer each year, and 40,610 die from the disease annually. About 2,470 men on average are diagnosed each year, with 460 deaths annually.

The walk in Salt Lake City was one of many held around the country, and since 1993 more than 13 million supporters have raised more than $810 million to help end breast cancer.

For more details on the walk or to make a donation, click here.