CENTERVILLE, Utah – A 12-year-old boy who suffers from a heart condition, and is preparing for surgery, was showered with gifts and honors Tuesday morning by Centerville firefighters and police.

The Walmart Heart Charity, South Davis Metro Fire Department and the Davis County Lodge of the Fraternal order of Police (FOP) made the boy an honorary firefighter and police officer.

The boy was issued a Centerville Police Department Coin by Chief Child, and was given an official fire hat.

A Walmart truck then took the boy on a ride in a semi tractor-trailer, while being escorted by a fire engine and a police car.

The boy has already suffered two heart attacks and has a severe heart condition.

A group of Walmart truck drivers started the Walmart Heart Charity which gives to children in need. 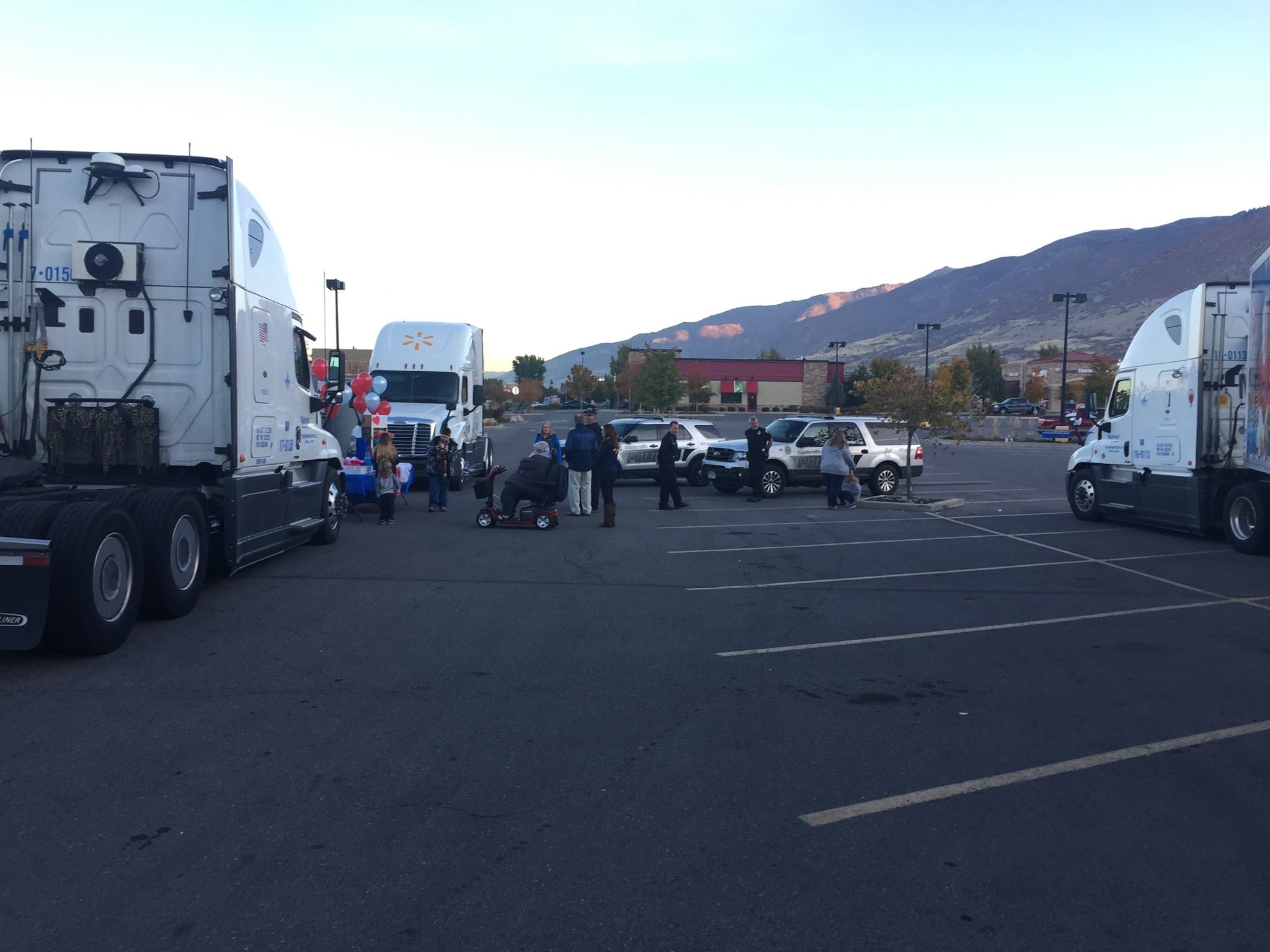