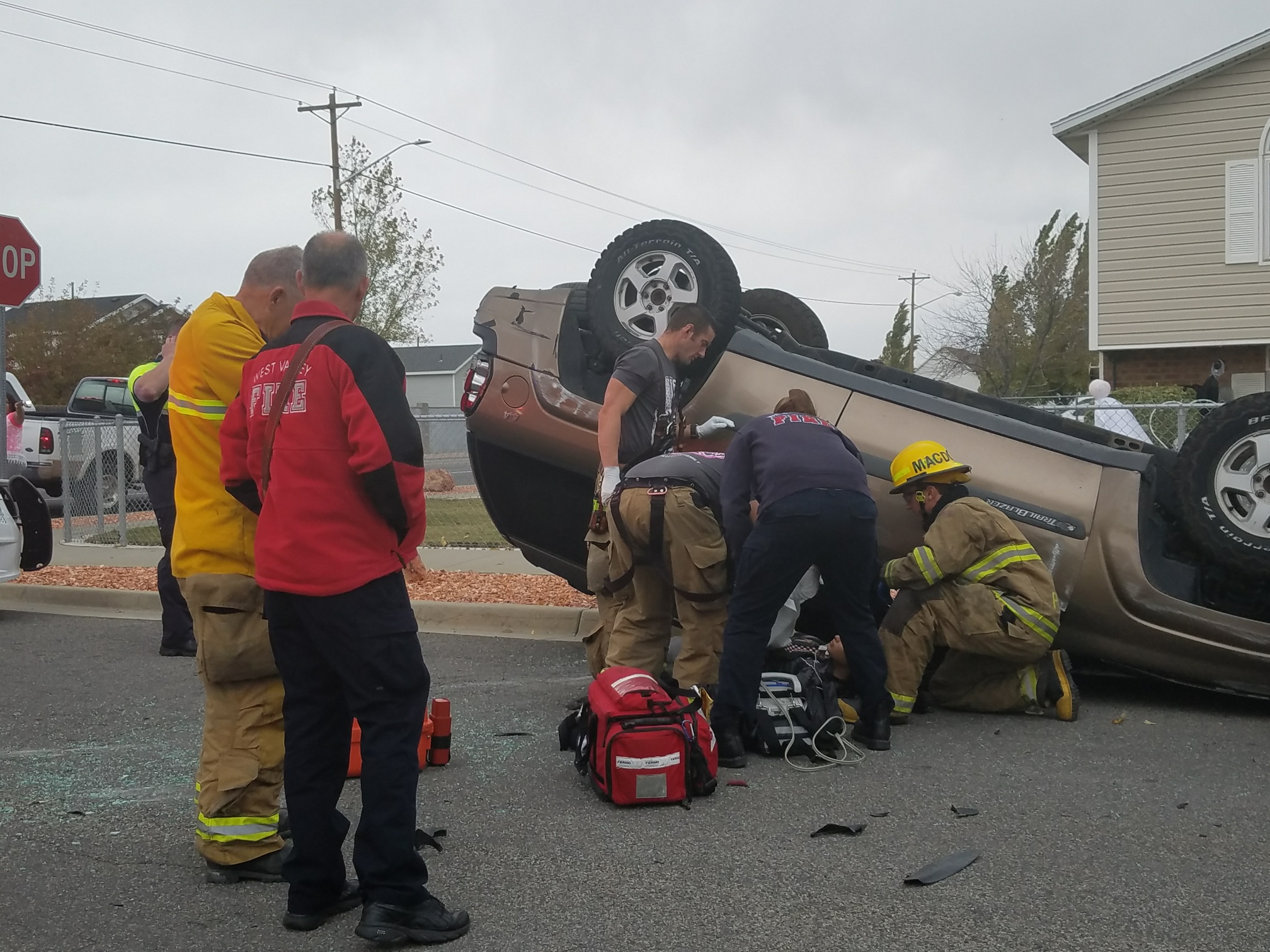 Authorities said a 17-year-old girl was driving north on 6400 W. when she veered out of her lane, hit a curb or stop sign and the rolled the car near 2990 S.

She went to the hospital for lacerations.

No other cars were involved.

Officials have not confirmed what led to the accident at 12:30 p.m.