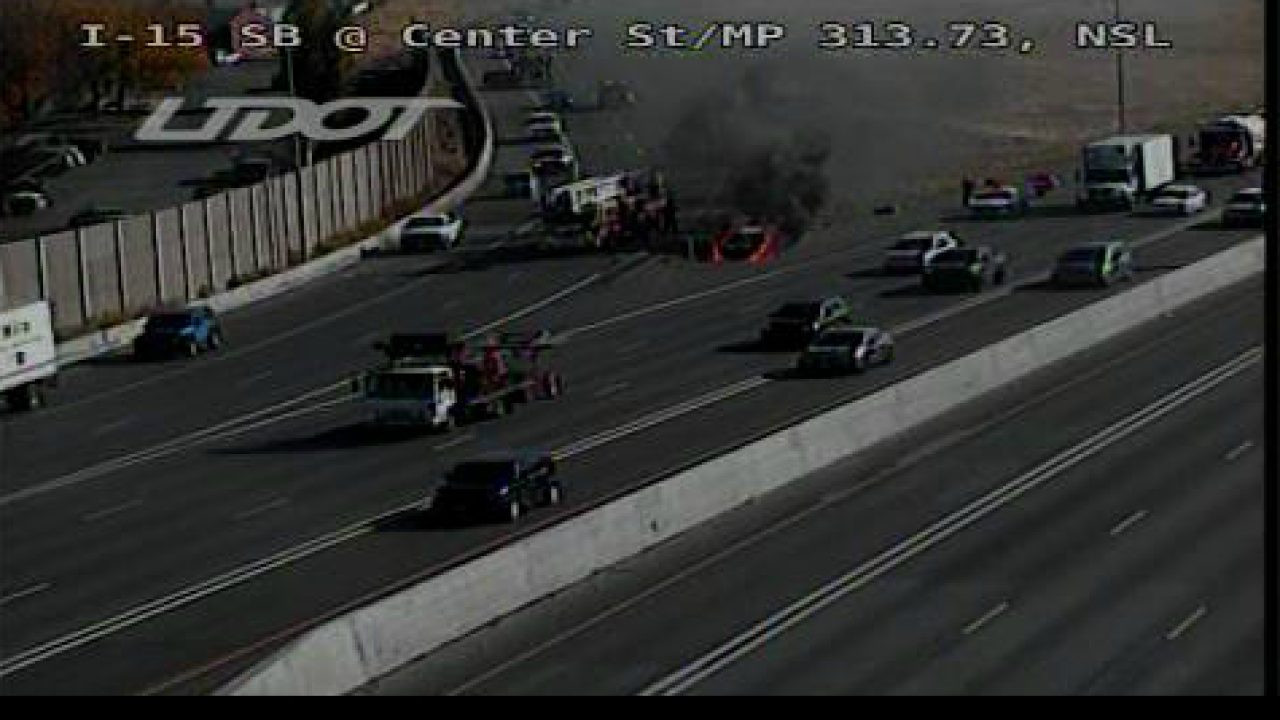 North Salt Lake, Utah – South Davis Metro Fire reported there was a car fire on north-bound I-15 on Monday afternoon.

A single vehicle was on fire in the HOV lane of I-15, just before Center Street.

No injuries have been reported so far.  South Davis Metro Fire has not reported the cause of the fire.

Car fire in the HOV lane I-15 NB before Center st in NSL.