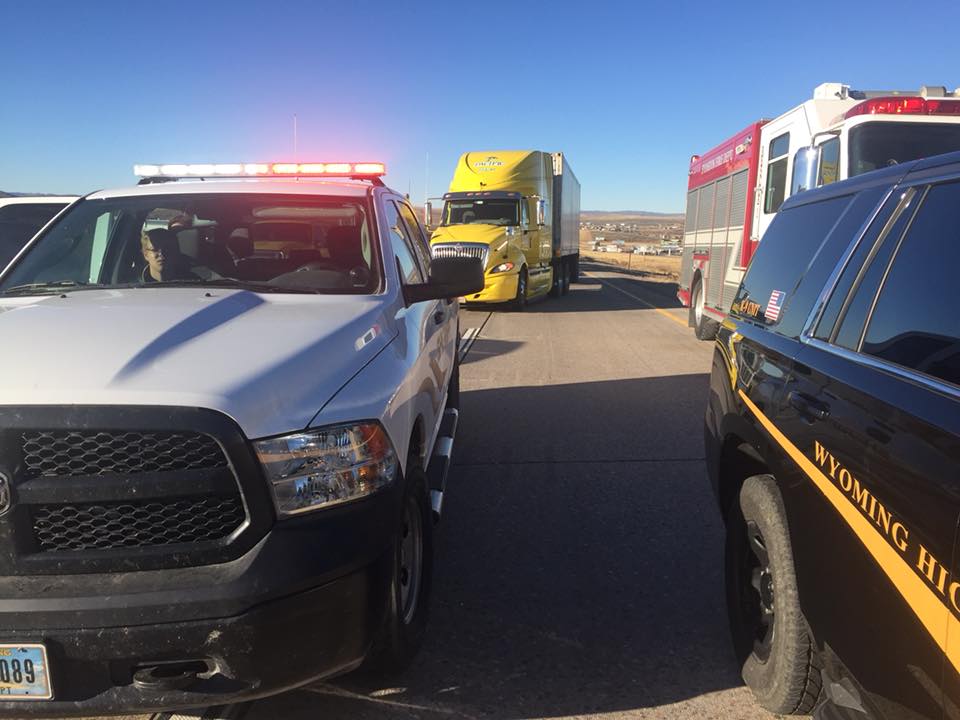 UINTA COUNTY, Wy. – Interstate 80 eastbound was closed at the Utah/Wyoming border after a vehicle hit and killed a pedestrian Wednesday.

The Uinta County Sheriffs Office, Evanston Police Department, Wyoming Highway Patrol and Evanston Fire Department and Ambulance were called to the scene near Exit 3 at about 10 a.m.

The victim was rushed to Evanston Regional Hospital, and according to Uinta County Fire and Ambulance the victim died. Another person was checked out at the scene but was not transported.

The Wyoming Highway Patrol is investigating the crash. The highway re-opened later Wednesday.