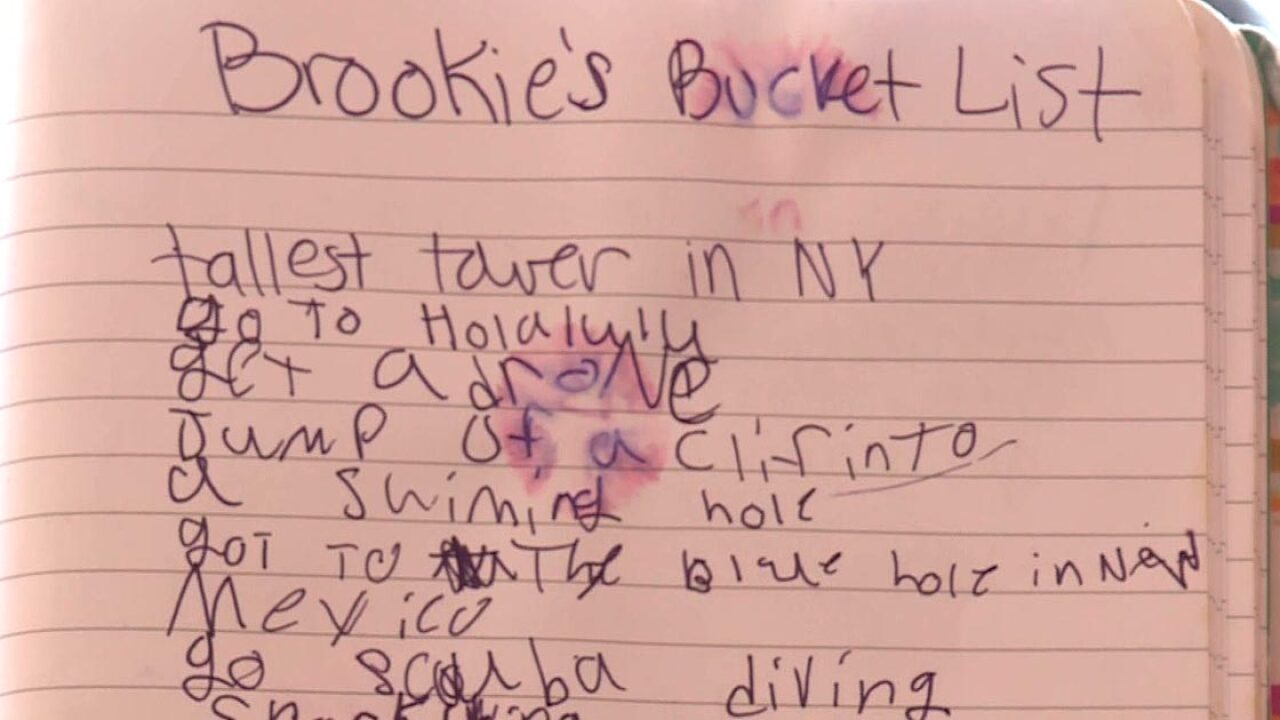 WELLSTON, Okla. -- Parents of an Oklahoma girl will soon be checking off items from their 9-year-old daughter’s bucket list after she, her brother and grandmother were killed in a car crash earlier this year.

Five-year-old Jace and 9-year-old Brooklyn "Brookie" Newville were in the car with their grandmother, Irie, on the Turner Turnpike near Wellston in March, according to KFOR.

"It's not worth someone's life and the pain and suffering that we've had to go through because you want to be on your phone for two seconds," Brian Newville told KFOR. "How? Why? What could have caused this? What could we have done to change it?"

Brian said those are the questions that were running through his head when he received the tragic news about his kids and mother-in-law.

He later learned the teen who hit their car may have been texting.

"We've had to move a couple times, can't really walk into the house and see where the kids used to be, where we used to go, ya know," Brian said.

However, a recent discovery is helping the family battle the pain and it comes in the form of little Brookie's handwriting.

"We found my daughter's bucket list," Brian said. "I actually had heard about it but I had never seen it until the other day."

It's a long list. It includes a visit to the Golden Gate Bridge, driving a boat and jumping off a cliff into a swimming hole.

"Go scuba diving, see a moose," Brian said. "She always wanted to go hunting with me, never got a chance too. We were trying to find a spot on my dad's land to do that."

So, even if it takes a few years, Brian and his wife are trying to complete the list, while also spreading an important message.

"We are putting out our campaign of 'Put it Down' so people will put their phones down," Brian said. "It doesn't matter if it's your phone, food or anything in the car, while you're driving, put it down."

You can find more information on their story here.