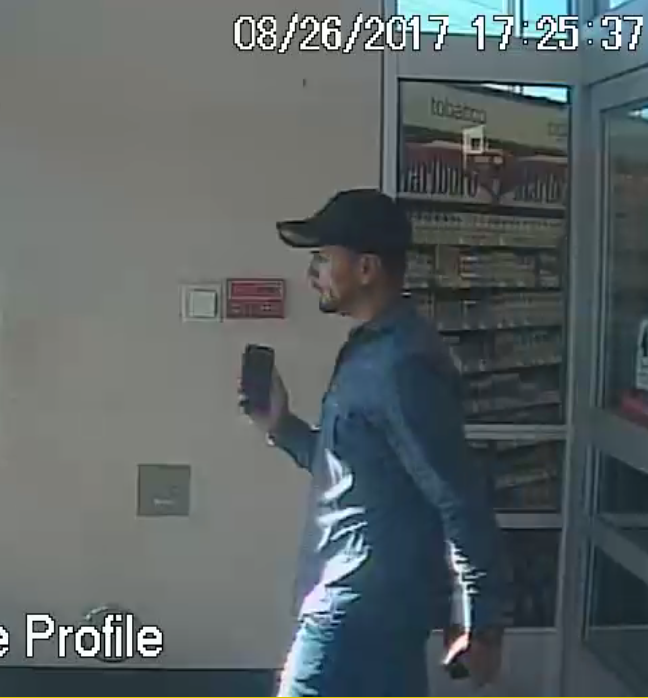 Authorities said the man is accused of breaking into a car in Mueller Park and taking a credit card.

According to deputies, the suspect then used the stolen credit card to purchase two computers at an Apple Store.