Sanders declined to get into whether the president will shrink the monument.

“He will be going to Utah in the first part of early December and we will release more details at that point,” Sanders said.

"I appreciate the President and the Secretary's efforts to listen to local concerns and seek a balance when it comes to the complex issues of managing and protecting our public lands," Herbert said in a statement released Friday afternoon. (Read the full statement below.)

"I was incredibly grateful the President called this morning to let us know that he is approving Secretary Zinke’s recommendation on Bears Ears," Sen. Hatch said. "We believe in the importance of protecting these sacred antiquities, but Secretary Zinke and the Trump administration rolled up their sleeves to dig in, talk to locals, talk to local tribes, and find a better way to do it. We’ll continue to work closely with them moving forward to ensure Utahns have a voice.”

He tweeted, "I spoke with @realDonaldTrump this morning. He confirmed he plans to follow @SecretaryZinke's recommendation to shrink #BearsEars & GSENM!"

"I appreciate @realDonaldTrump's and @SecretaryZinke's leadership & willingness to listen to Utahns on abusive natl. monument designations." 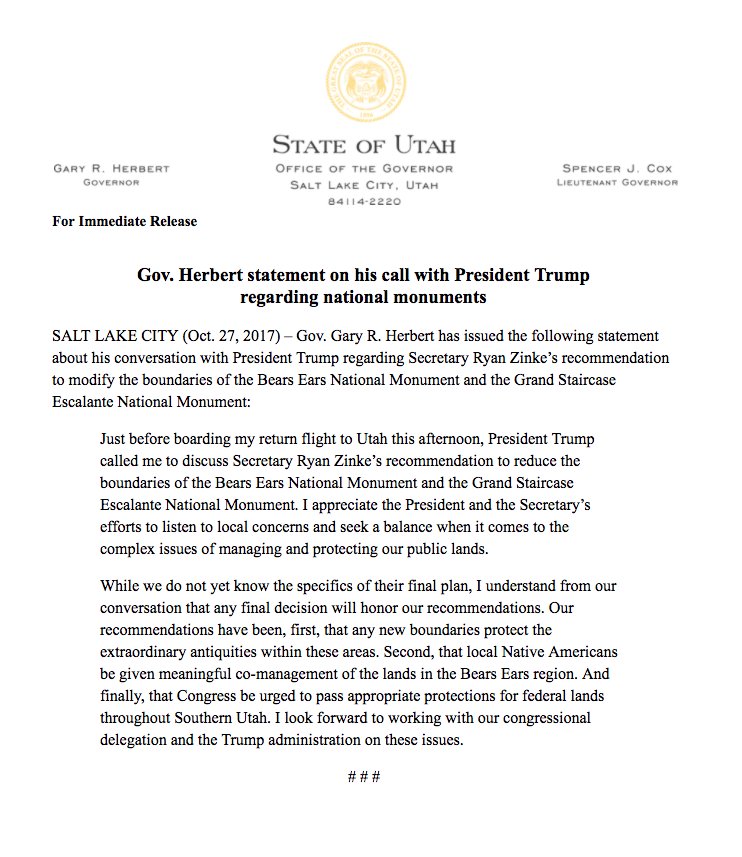