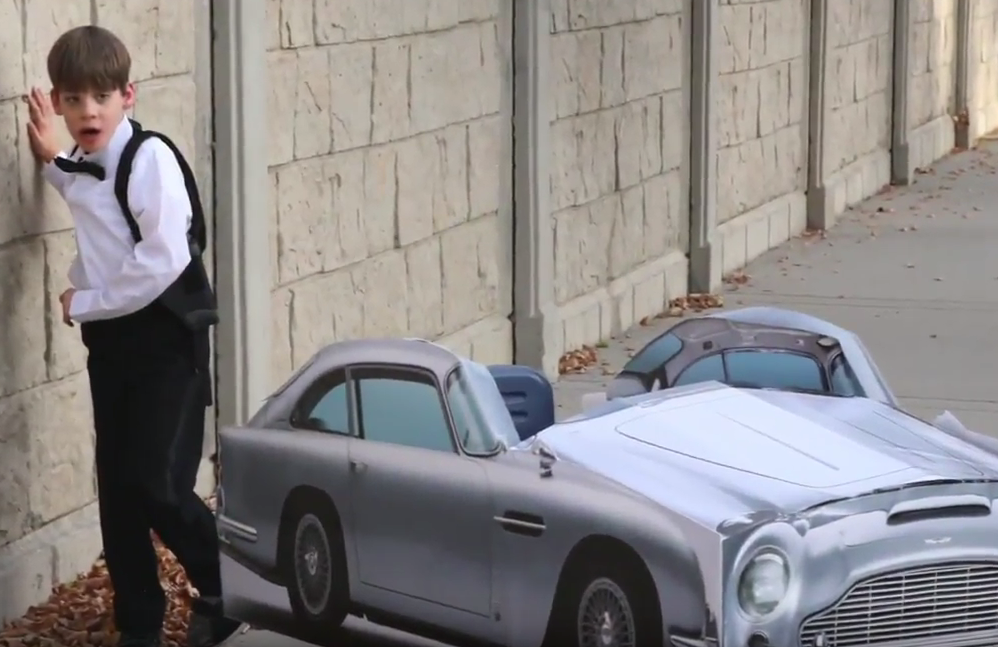 OREM, Utah – A seven-year-old and his walker have been outfitted as Bond – James Bond for Halloween.

Sebastian Bailey, like James Bond is great with disguise. He and his walker were outfitted this Halloween to resemble Bond’s famous custom Aston Martin, with all the bells and whistles. Sebastian’s car is equipped with working headlights, turret guns, and more.

According to a release by the United Angels Foundation in Orem, “Instead of fighting Spectre, he’s [Sebastian’s] been fighting brain injury, impaired motor function, and developmental delays associated with Cerebral Palsy.”

Sebastion has previously been outfitted as Han Solo (2015/16) and Clark Kent (2014) for Halloween.  This year Sebastian has been outfitted with a classic 007 tuxedo and even a fake martini glass, shaken not stirred.