Nearly 300 pounds of marijuana seized in Wyoming; three in jail 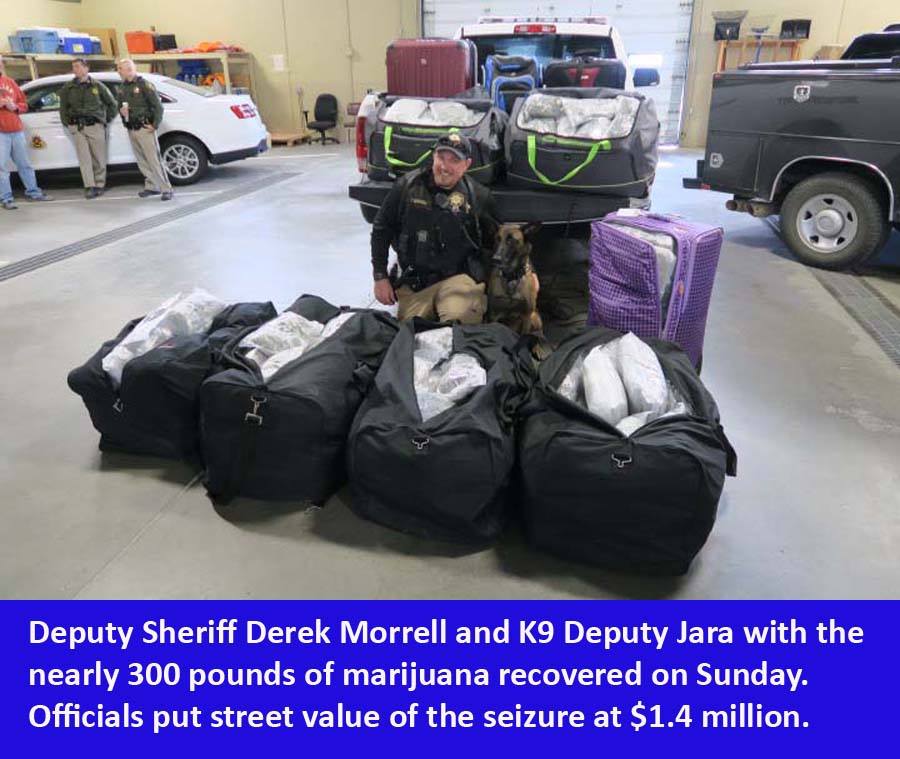 ROCK SPRINGS, Wyo. – Three men from Indiana were arrested, after county deputies found nearly 300 pounds of marijuana in their vehicle on Sunday morning.

Authorities said the street value of the bust is an estimated $1.4 million.

The driver of the van was identified by police as Kyle Bolton, 26.  There were two other passengers in the car, 61-year-old Mack Magee Jr. and 20-year-old Antres D. Holliness-Ransom.  All three men were reported to be from Fort Wayne, Indiana.

According a statement released by the Sweetwater County Sheriff, Deputy Sheriff Morrell’s K9 partner Jara alerted him to the presence of drugs, and, “A subsequent search of the van uncovered 293.3 pounds of marijuana, over $700 in cash, and an electronic bank-style currency counting machine.”

According to Lowell, the marijuana was packed in 260 vacuum-sealed plastic bags, in 10 suitcases and duffel bags.

The three men made their initial appearance Monday morning in court in Green River, Wyo. Their bonds were set at $100,000 each, cash or surety.