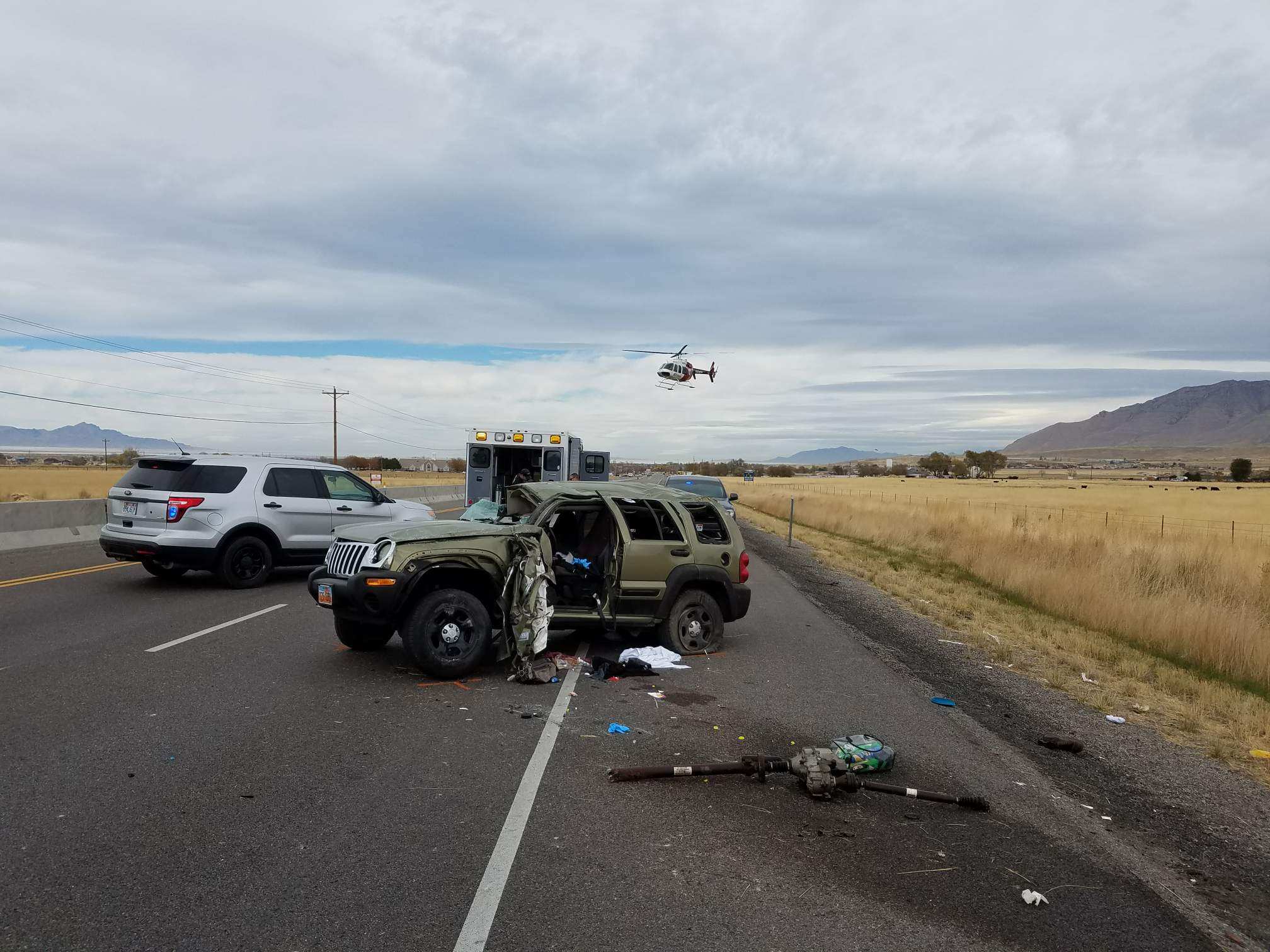 ERDA, Utah — A woman was killed in a single-vehicle rollover in Erda Wednesday.

UHP says the woman was traveling northbound when the Jeep struck the center median, after which the driver-overcorrected to the right and then to the left, ultimately causing the vehicle to leave the roadway and roll several times.

Charmley was the sole occupant of the Jeep and was wearing her seat belt. She suffered fatal injuries in the crash.

There were no injuries reported beyond the fatality. The crash closed the right lane of northbound SR-36 for several hours.