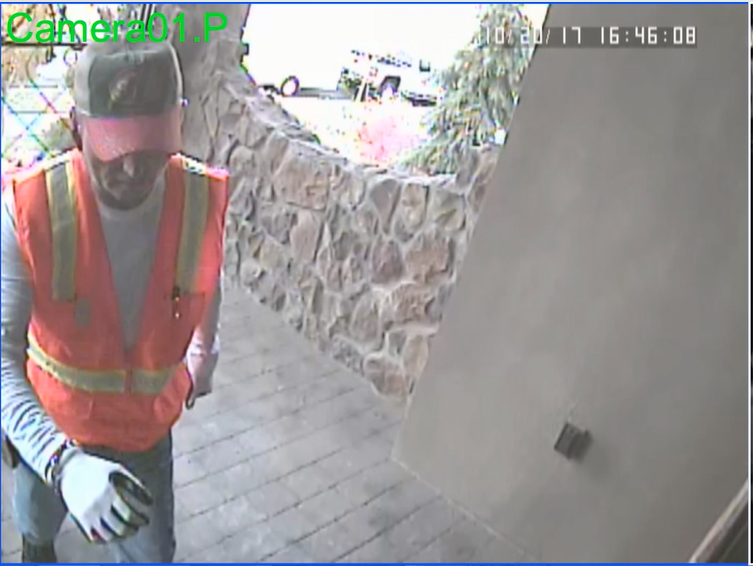 DRAPER, Utah — Police in Draper are seeking the public’s help identifying a burglary suspect who forced his way into a home while dressed as a construction worker.

Police say the man forced his way into a Draper home and stole several items.

The man is described as an older male with a thin build who was dressed in an orange construction vest and wearing a thick neck chain and a STP trucker style hat.