‘See that mallet stuck in the windshield?’ – Layton Police warn of loose items in vehicles 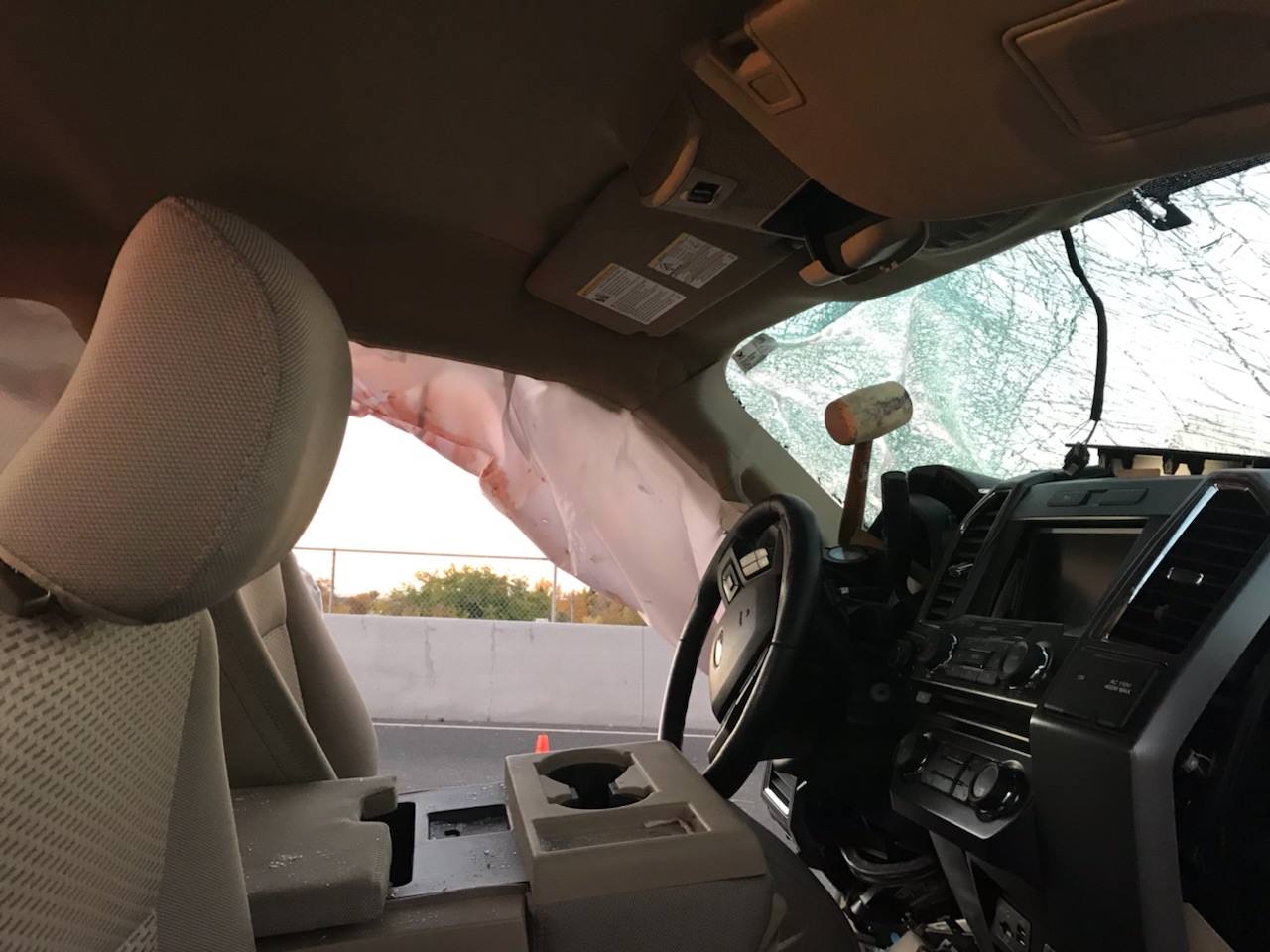 LAYTON, Utah — A photo the Layton City Police Department posted on Facebook serves as a warning to drivers.

The photo shows a mallet that became embedded in the windshield of a truck during a crash.

“See that mallet stuck in the windshield? It was lying loose in the truck at the time of the crash, and flew around with enough force to end up there! Sure made us think about what we have in the car that could end up doing this,” Layton Police wrote in a Facebook post accompanying the photo.

Layton firefighters extricated the driver in this crash, and Layton Police said the driver is expected to be OK.

As the Utah Department of Transportation has stated, a person who isn’t buckled up can also become a projectile during a crash.