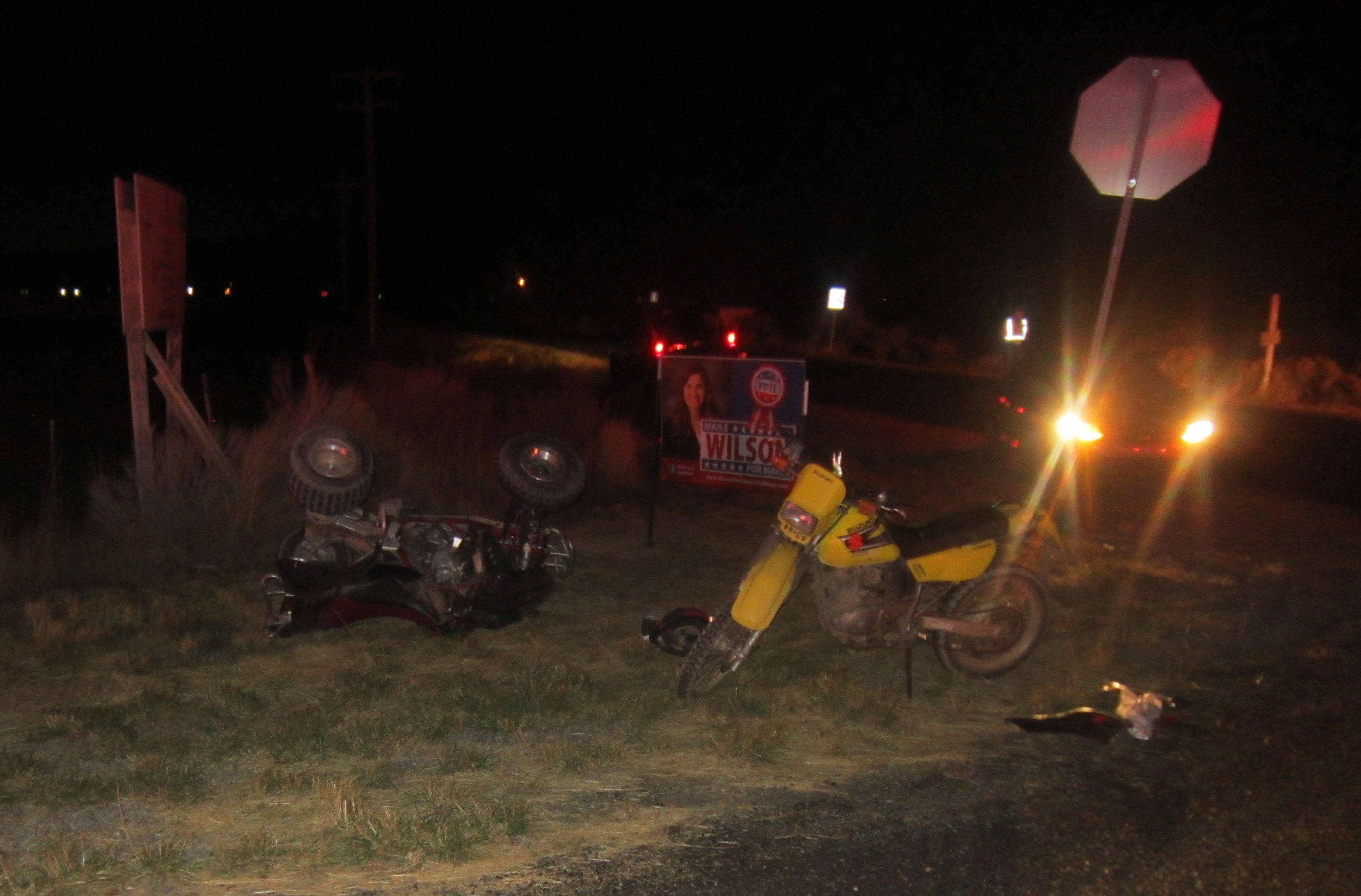 CEDAR CITY, Utah – A 15-year-old teen is in critical condition after a crash involving his 4-wheeler and a pickup truck in Cedar City.

The Iron County Sheriff’s Office said the teen on the 4-wheeler, who was wearing a helmet, was driving north on Lund Highway near 1600 N., a designated OHV route, at about 6 p.m. Monday.

Authorities said another vehicle was turning right and the teen tried to slow down but he lost control and was thrown from the 4-wheeler.

Deputies said the 4-wheeler then hit a southbound pickup truck on Lund Highway.

When emergency crews arrived, the teen was partially under the truck.

The man driving the truck as well as others passing by stopped to help the 15-year-old boy.

Emergency crews flew the teen to the hospital in critical condition.

Authorities said speed appears to have contributed to the accident.

Iron County said no alcohol or drugs are suspected at this time.

No charges have been filed; the case is under investigation.