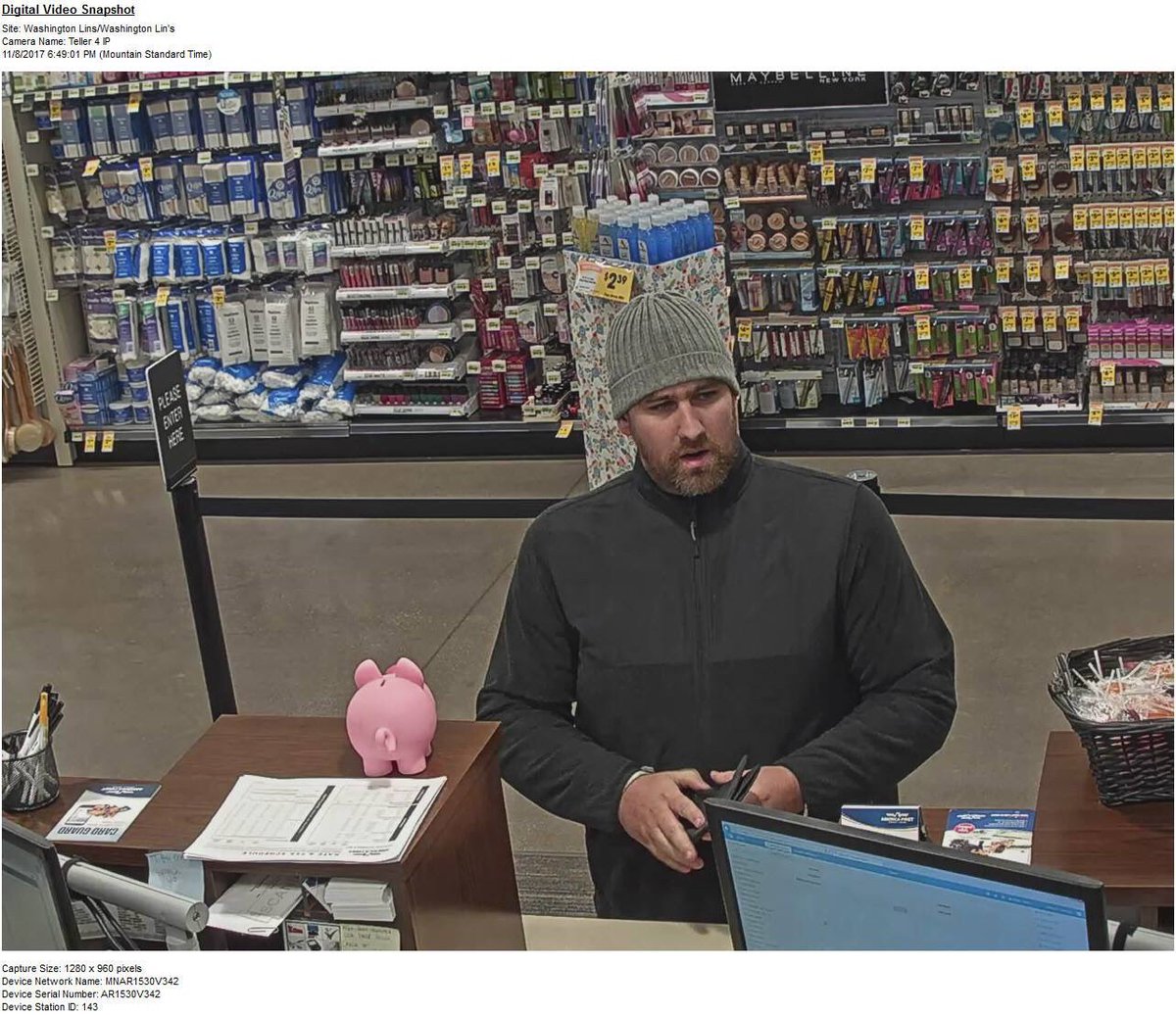 St. George Police say the robbery occurred around 6:55 p.m. at the America First Credit Union at 2928 East Mall Drive. The credit union is located inside a Lin’s Market.

The suspect verbally threatened the teller and claimed to have a gun, but he never displayed a weapon during the crime. The suspect fled the scene.

The man is pictured above and is described as a Caucasian male in his mid 20s who stands 6-feet tall and who has a medium build. He has brown hair and a medium length beard.