I-80 closed in both directions near Lyman, Wyoming, after semi hauling cattle crashes 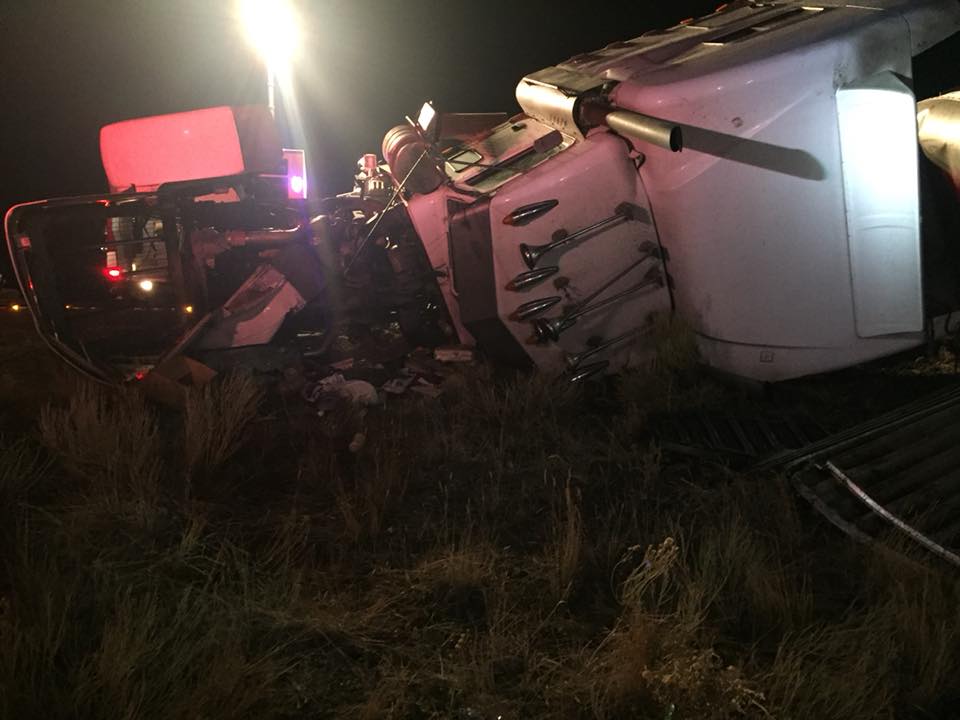 LYMAN, Wyo. — I-80 was closed in both directions between mileposts 46 and 47 in Wyoming for a crash involving a semi that was hauling cattle.

According to Uinta County Fire and Ambulance, the semi left the roadway and crashed on its side before catching on fire.

The driver was taken to Evanston Regional Hospital; his condition was not immediately known.

Officials say the truck was hauling an estimated 45 cows, 13 of which died at the scene.