Fire crews responded to Cambridge Drive in North Salt Lake after receiving a 911 call at 4:50 p.m.

North Salt Lake officials stated that the fire began in a shed and spread to one home, quickly engulfing it with flames shooting up from the attic. The roof collapsed. South Davis Metro Fire Chief Jeff Bassett said because the two homes are so close together, the radiant heat from the flames on the first home started a fire on the second.

Neighbor Chad Meeks who lives two houses down said his wife received a message on Facebook that a home in their neighborhood was on fire. He said he did not expect, however, to see "12 foot flames coming out of the attic."

"Within three to four minutes the one house was completely engulfed and the second caught fire," Meeks said.

Chief Bassett said it took 30 firefighters and an hour to just gain control of the fire.

As of about 6:30 p.m. crews had contained the fire, but crews remained on scene after to monitor the situation. Sunday around 9 p.m., a few were monitoring hot spots and a disaster cleanup team was on scene.

There were no injuries. The families occupying both homes were able to get out safely and were reportedly staying with friends and other family Sunday night.

The cause of the fire is unknown and there is no estimation yet on the full extent of the damage. Chief Bassett said both homes are a total loss. 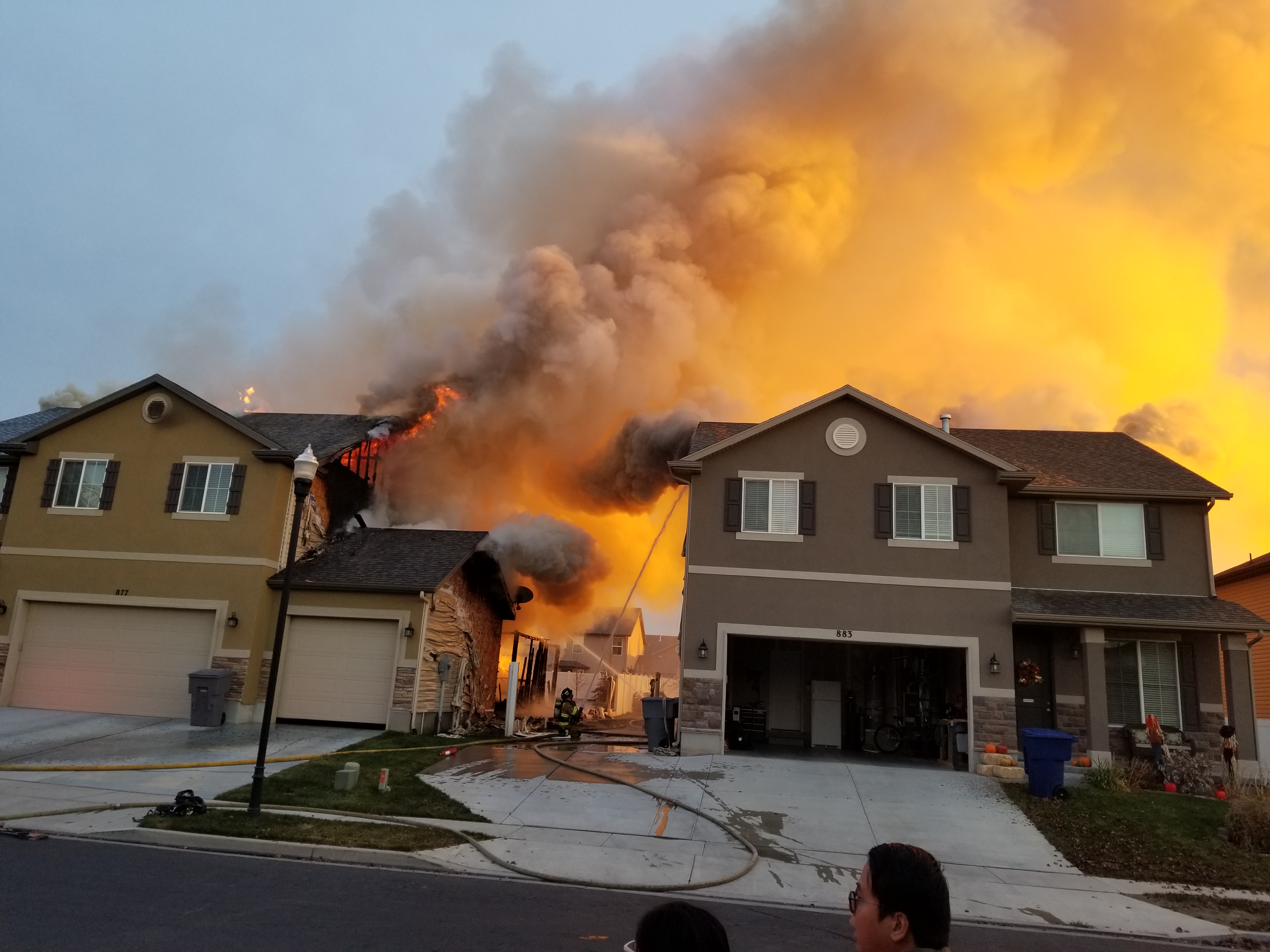