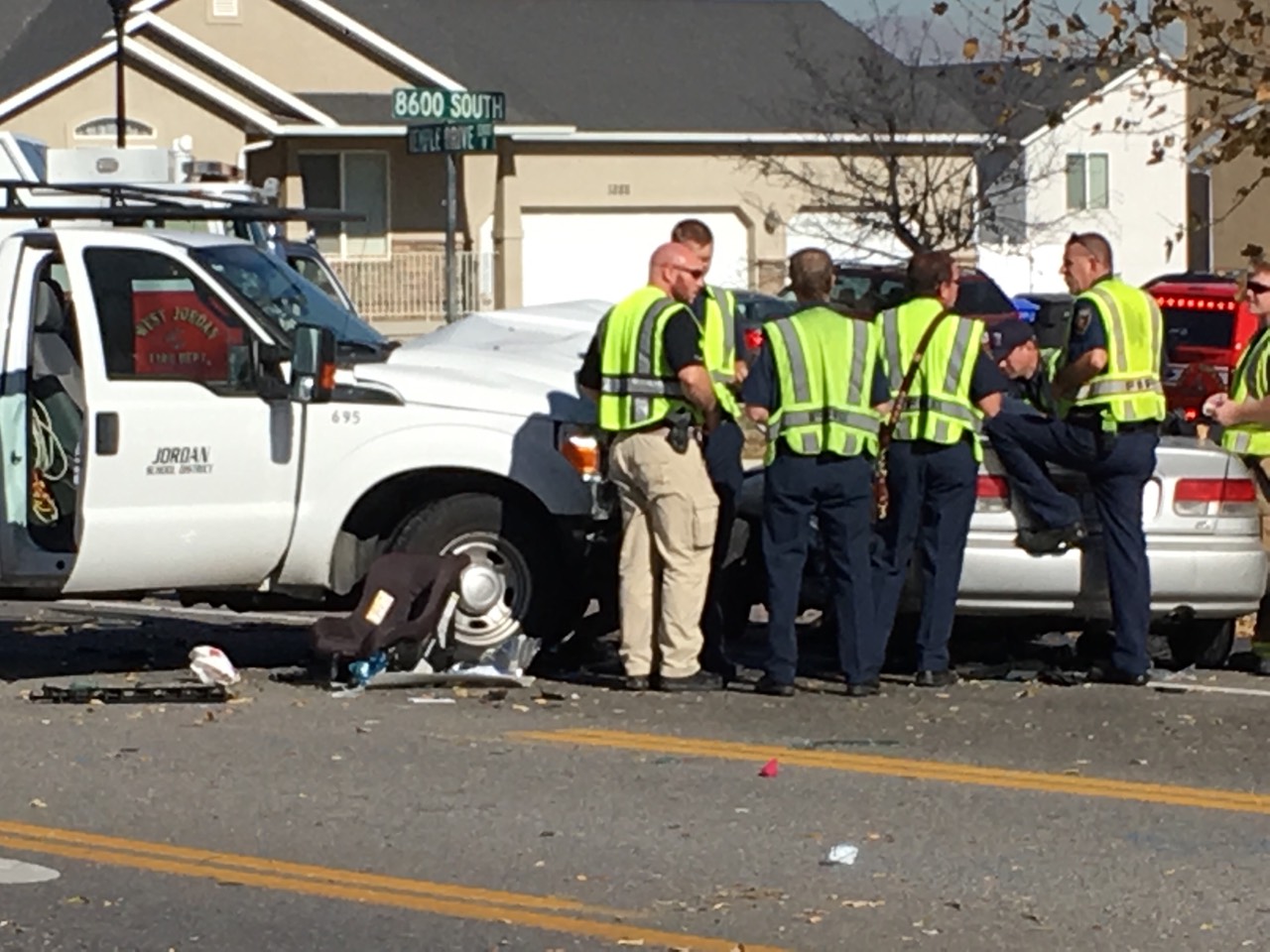 WEST JORDAN, Utah – Two toddlers, a teen and an adult are in serious condition after a crash in West Jordan on 1300 W. at 8600 S. Monday afternoon.

West Jordan Police said a 16-year-old girl was driving with a 21-year-old woman in the passenger seat and a 2-year-old and 3-year-old in the backseat.

A helicopter flew the 2-year-old to the hospital and the rest went in ambulances.

A West Jordan School District truck was traveling south on 1300 W. when the car pulled onto 1300 W.

The truck, which had the right of way, hit the car.

Authorities said emergency crews has to cut off the car’s roof because the doors were smashed in.

The driver was the only person in the truck and was not injured.