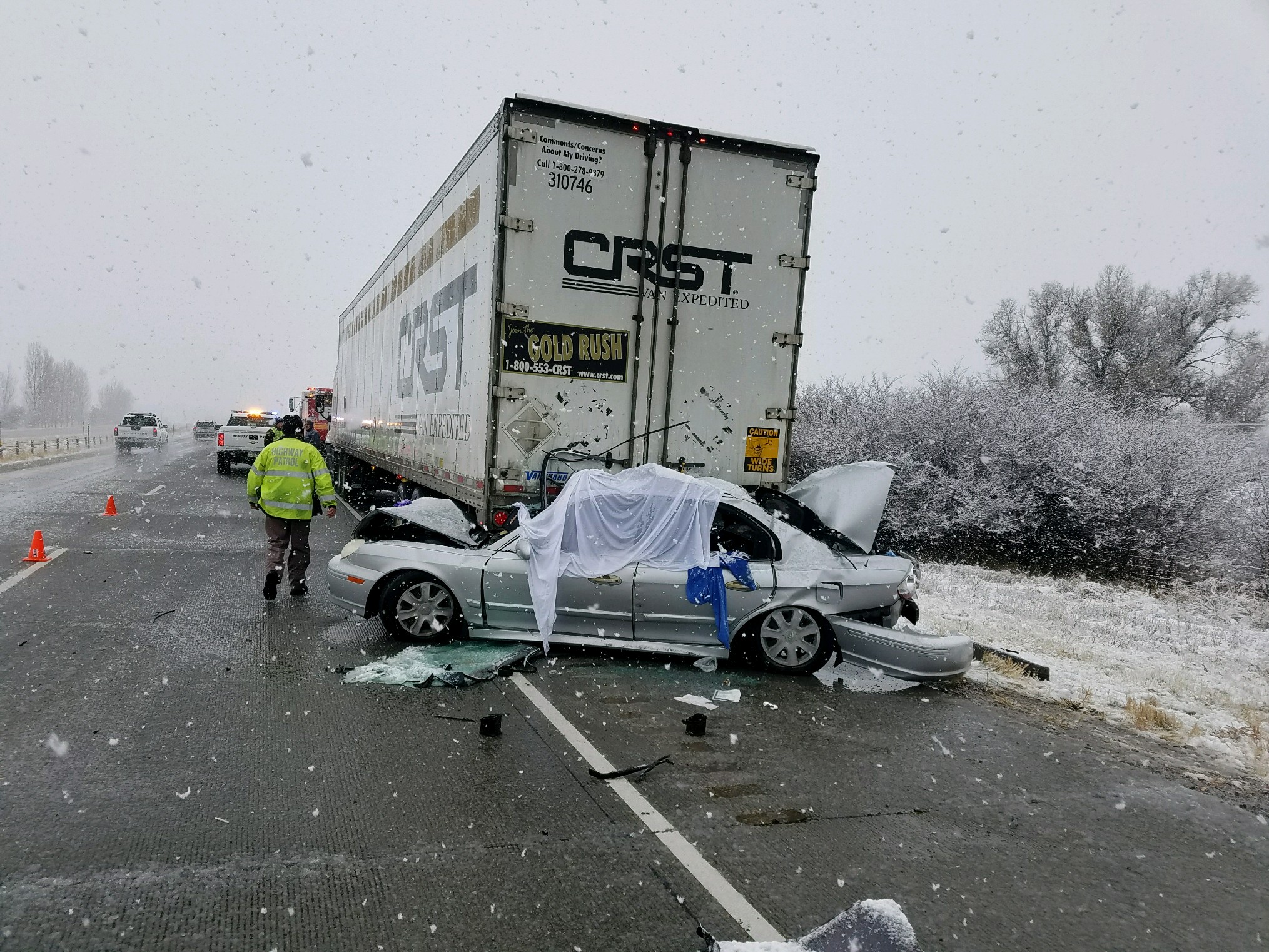 MORGAN COUNTY, Utah — A 17-year-old boy died Friday morning in a crash on I-84 in Morgan County, and Saturday police identified the deceased as Hyrum Rasmussen of Taylor.

According to the Utah Department of Public Safety, the crash occurred around 10 a.m. Friday on eastbound I-84 near mile post 99.

A semi-trailer pulled off the road and was nearly at a complete stop in the emergency lane when a 2002 Hyundai Sonata approached the area.

According to DPS, the road was slushy and Hyrum lost control of the vehicle, which slid sideways and struck the back of the semi-trailer.

Hyrum was not wearing a seat belt and he died at the scene, a statement from DPS said.

The semi-trailer driver was not injured.