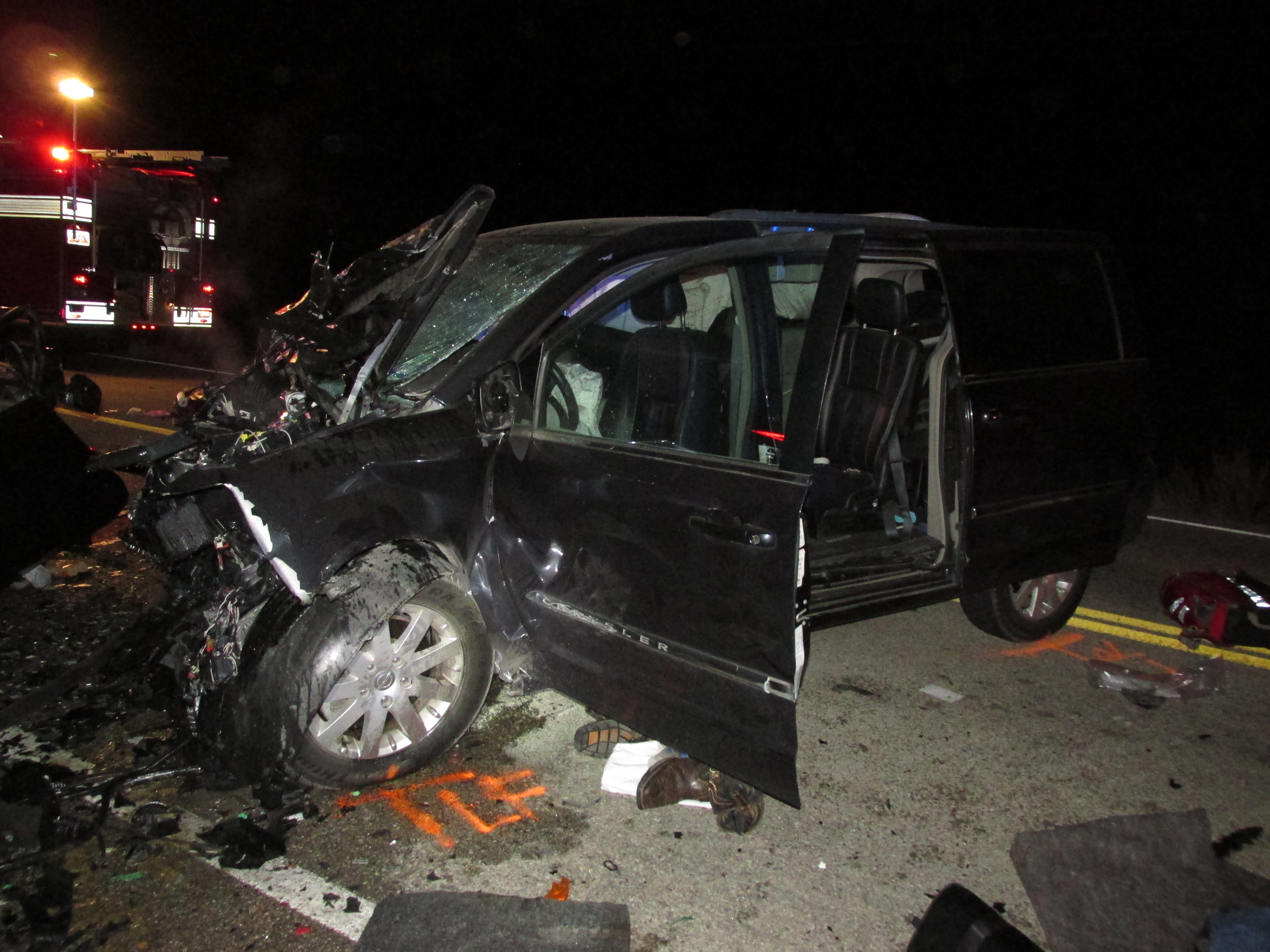 MOAB – Six people were transported to hospitals following a head-on collision that left the driver of the other vehicle dead Saturday evening in Moab.

According to the Utah Highway Patrol, the incident occurred near mile post 140 on SR-191 when a southbound Nissan Versa driven by Graymountain crossed the center line around 5:46 p.m.

Graymountain was pronounced dead at the scene.

All six occupants of the Chrysler were transported to the Moab hospital.

Troopers say three were flown from Moab Hospital to St. Mary’s Hospital in Grand Junction, Colorado and two were transported there via ambulance.

The sixth occupant was flown from Moab Hospital to Primary Children’s hospital.

Witnesses at the scene say they saw the Nissan driving at a high rate of speed and passing recklessly prior to the crash, UHP stated.

UHP stated they are investigating impairment on the part of Graymountain as a contributing factor in the crash.