Cows fall to their deaths in rollover crash in Weber Co.

According to the Utah Department of Public Safety, the crash occurred on the southbound ramp from I-15 to eastbound I-84 in Riverdale. The posted speed limit is 45 mph for trucks using that ramp, but Utah Highway Patrol troopers believe the truck driver exceeded that limit.

"The load of cattle shifted and the semi rolled," the statement said.

Photos sent to FOX 13 show cattle lying on I-15 after they fell from the I-84 overpass. It is unclear how many cows died in the crash, but UHP troopers said about 25 cows fell from the overpass.

Weber County authorities closed the I-15 southbound ramp to eastbound I-84 as crews worked to clear the scene. The Utah Department of Transportation reported all lanes of I-15 in both directions are open as of 3:30 p.m.

No people were injured in the crash. 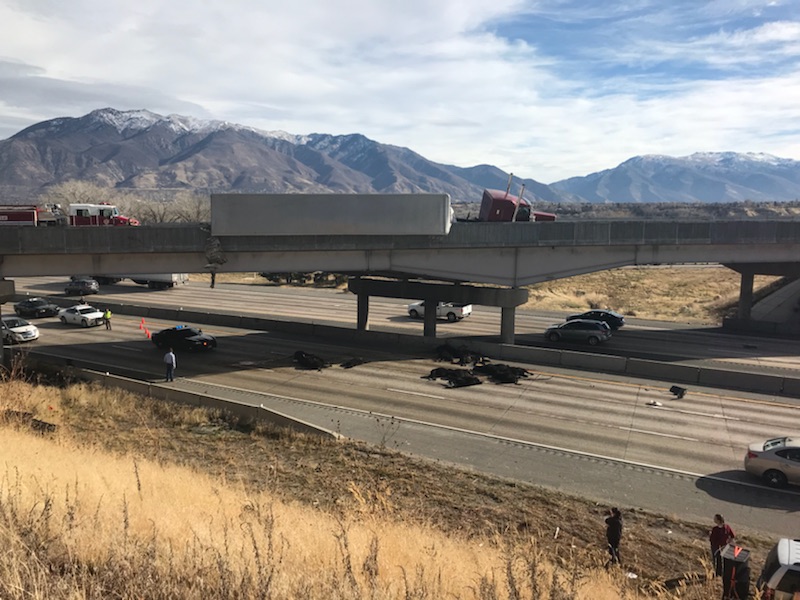