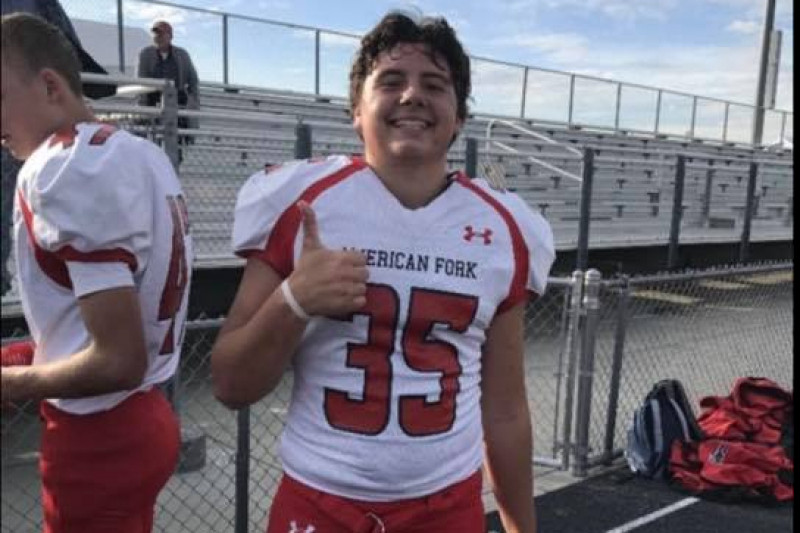 The 17-year-old was one of four people on a double-date riding in a Jeep when police say another car pulled in front of the Jeep.

The Jeep rolled in the area of 530 west and 1100 north and Smith was ejected from the vehicle.   He suffered severe head trauma and had been in intensive care since.  Despite a pair of surgeries, Smith died Friday night.

The other three people in the Jeep were not seriously injured.  The driver of the other car was cited for making an improper turn.

Smith was a linebacker for the American Fork High School Cavemen.   A vigil will be held Saturday night at 6 p.m. at the school to remember Smith.

Fox 13 will have a complete story from the vigil on Fox 13 News at Nine.

A gofundme page has been set up to help pay medical and funeral expenses.