Pender says the test is called Parabon Snapshot. Pender said the results indicate the suspect in the killing has a 97.8% chance of having brown skin. It also says there’s a zero percent chance he has green or blue eyes.

Black was brutally stabbed and beaten to death in the bookstore she and her husband owned in South Salt Lake in 2010.

Along with the announcement of the test results, police revealed a picture rendering of what he might look like. Since they don’t know his age, they showed three photos: one with the suspect at age 25, another at 38, and a third at 52 years of age.

Black’s daughter, Heidi Miller, married into the Miller family which owns the Utah Jazz. The family announced Thursday that they’ve upped the reward money to $250,000 for any information leading to an arrest. 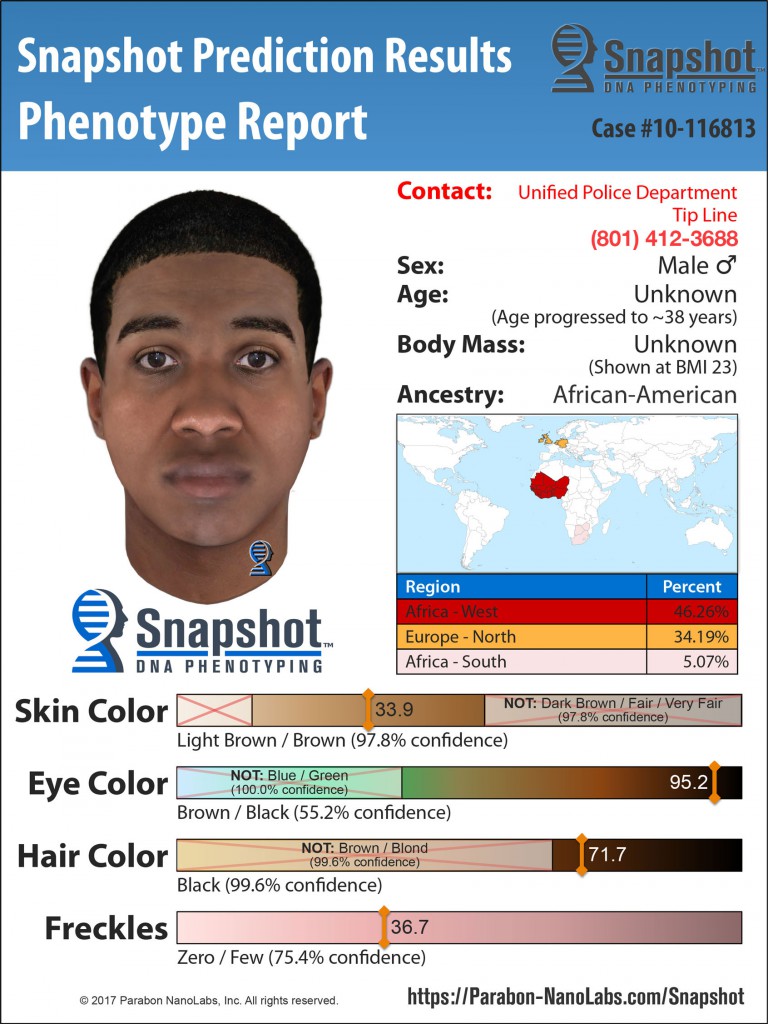