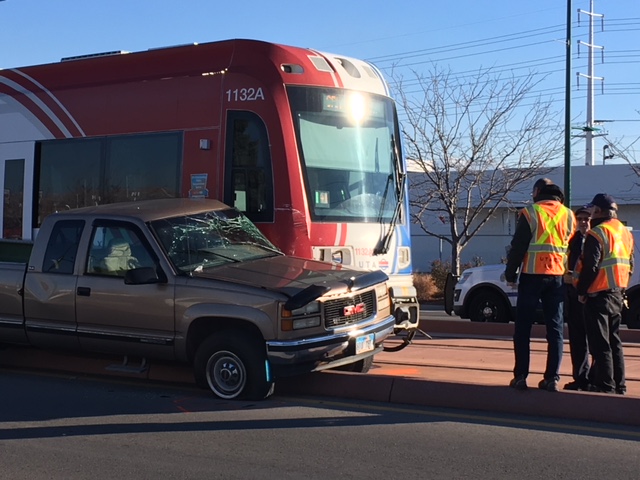 SALT LAKE CITY — Emergency crews are responding to a crash involving a TRAX train and a pickup truck Friday, and a woman was taken to a hospital with minor injuries.

Carl Arky with UTA said a car and TRAX train collided in the area of 1300 West and North Temple. Fox 13 News first heard report of the incident around 2:50  p.m.

Photos from the scene courtesy @slfiretweets show the damage to the truck.

Arky said the train pushed the truck for an unknown distance and that one occupant of the car was extricated by emergency responders. One woman was taken to a hospital with minor injuries.

The train remained on the tracks.

It was not immediately clear what caused the crash to occur.

UTA tweeted that delays are expected, see the tweet below for the latest update on those delays.