Driver in critical condition after hitting tree then fence; alcohol a possible factor 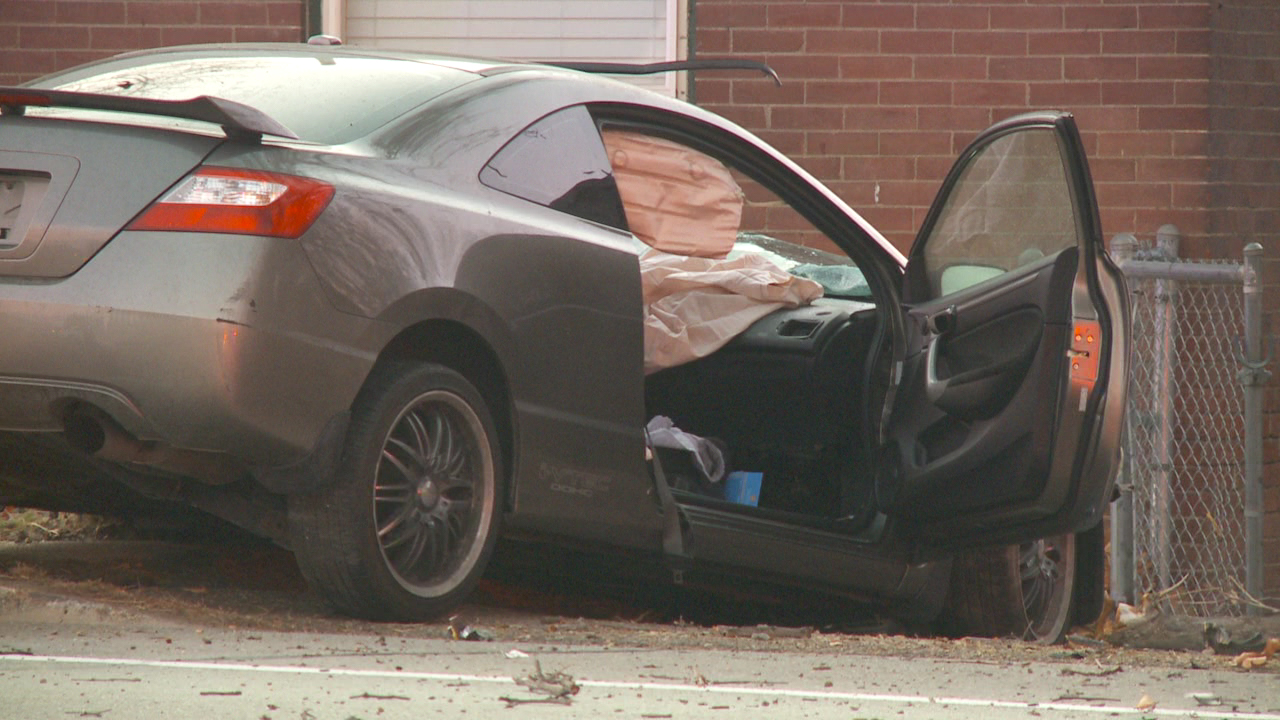 MIDVALE, Utah — A driver suffered critical injuries after crashing into a tree and then a fence in Midvale Sunday, and police believe alcohol may be a factor.

According to the Unified Police Department, the crash occurred at 7676 South Holden St. in Midvale around 4:30 p.m.

Det. Jared Richardson said witnesses reported seeing the vehicle traveling southbound in the outside lane before it made an abrupt move into the center lane and then moved back to the outer lane as traffic slowed in front of the car.

Richardson said the driver lost control and the vehicle left the road and then, “…struck the large tree behind me, and then skidded, continued southbound into the fence right in front of the house.”

A passenger made it out of the vehicle under their own power and is listed in good condition.

Richardson said the investigation is still ongoing, but there are some early indications about what may have caused the crash.

“As our officers arrived here they have found signs of alcohol in the vehicle, and we believe speed may be a factor in this accident as well,” he said.