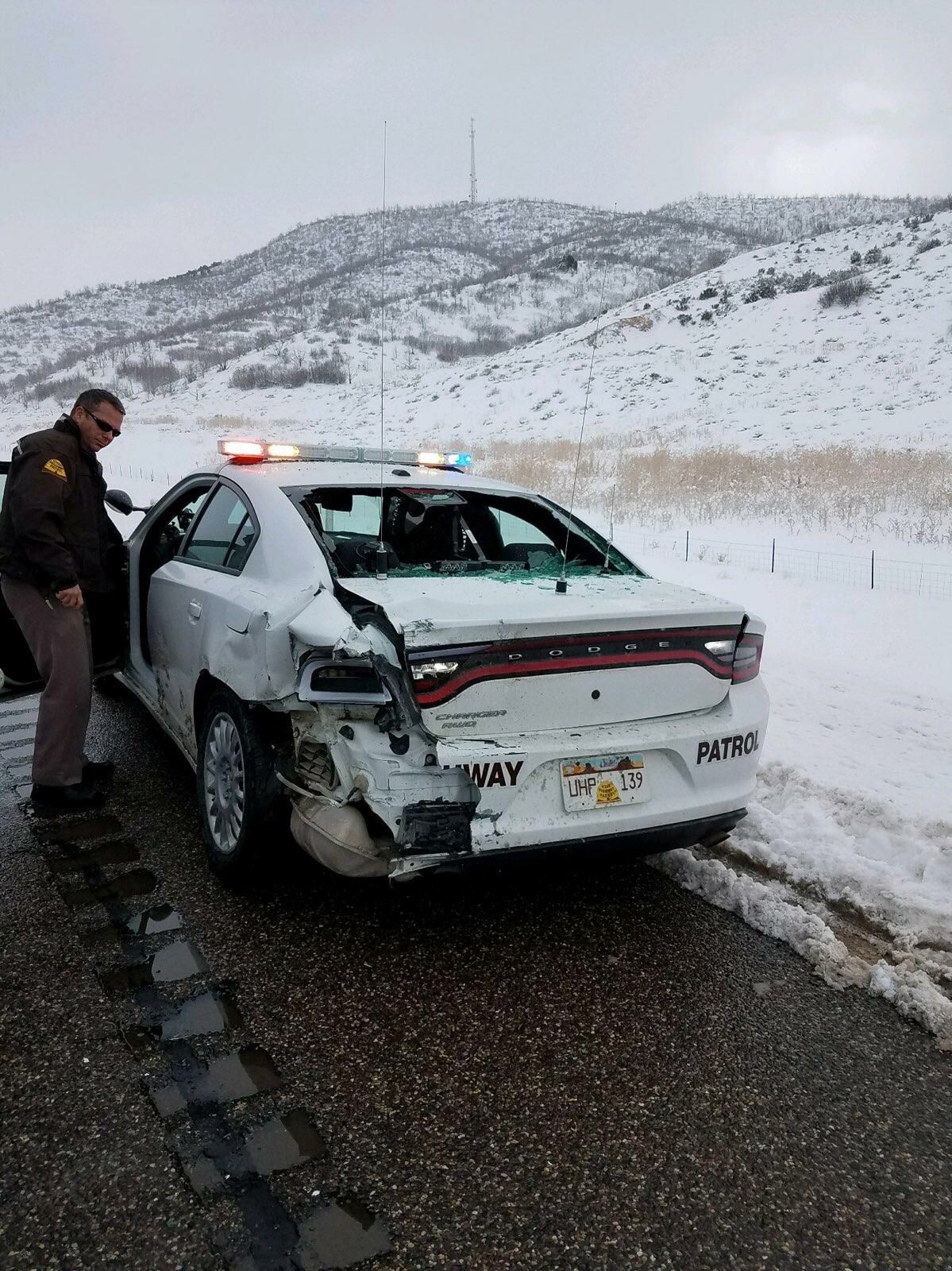 MILLARD COUNTY, Utah — A Utah Highway Patrol trooper suffered minor injuries after a car crashed into his patrol vehicle as he was stopped to assist another driver who had slid off the road in winter conditions.

According to the Utah Highway Patrol, Trooper Jeff Rowell was stopped on the side of I-15 near mile post 139 around 1:30 p.m. Thursday to help a driver who had slid off the roadway.

The trooper was parked on the right side of the highway with his right side tires off the edge of the pavement with his emergency lights activated. Another driver lost control and slid into the rear of Trooper Rowell’s vehicle as he was communicating with dispatch.

Rowell suffered minor injuries and was taken to Fillmore Hospital, where he was treated and released. The other motorist was not injured.

The driver of the car that crashed into the trooper said he was going about 78 mph when he lost control. The posted speed limit is 75 in that area, but UHP notes that there were winter weather conditions and that overhead UDOT signs advised drivers to slow down.

The driver was cited for driving too fast for existing conditions, and UHP says they want to remind drivers to slow down and move over for emergency vehicles.