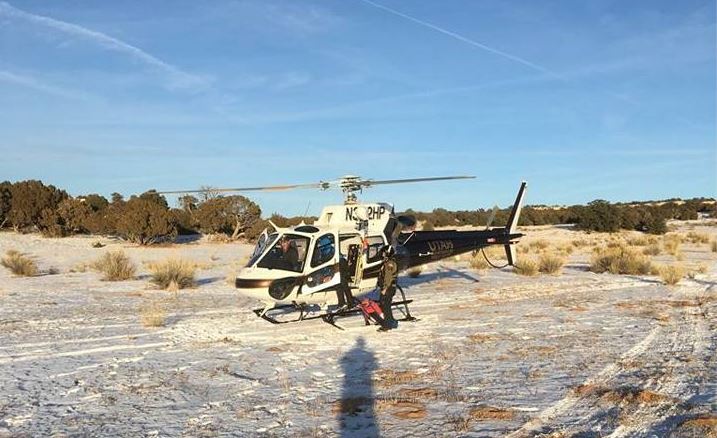 EMERY COUNTY, Utah — The body of a California man missing since October was located in Emery County Friday, a few days after the man’s vehicle was found abandoned on BLM land.

According to the Emery County Sheriff’s Office, 53-year-old Reynaldo Andico was found deceased about a 1/2 mile from where his vehicle was located earlier this week in the Justesen Flats/Copper Globe area of the San Rafael Desert.

A Division of Wildlife Resources officer was checking snow conditions in the area and also looking in on a trapper, and on his way back in he came upon the deceased.

The body was spotted at the bottom of a 150 foot ledge along with the bodies of two of the man’s dogs. Search and rescue crews assisted by a Department of Public Safety helicopter responded to recover the body, which was transported to the State Medical Examiner’s officer for official identification.

No details about the cause and manner of death were immediately available.

Police say Andico told his family on October 13 he was “in the mountains of Utah”, which was the last time anyone heard from the man. His vehicle was located abandoned on December 18. Andico’s family told police the man had no outdoor or wilderness experience.