This Syrian baby lost his eye to war. Now people are covering their eyes in solidarity 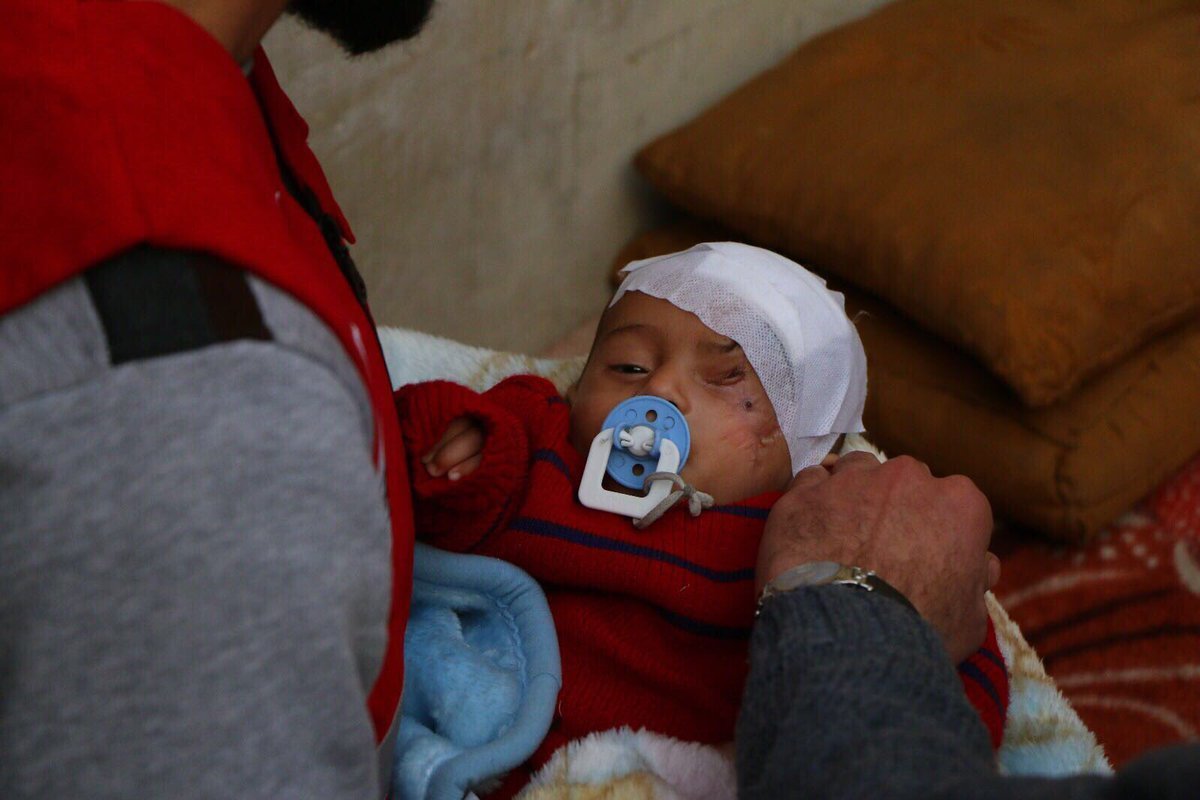 Karim Abdel Rahman — a Syrian infant who lost his left eye two months ago in an artillery attack — has become a symbol of the carnage and the humanitarian crisis in the Damascus suburb of Eastern Ghouta.

Karim’s injury, a consequence of civil unrest that began seven years before he was born, sparked a hashtag social media campaign that has gone viral on Facebook and Twitter, with people — from sports stars to diplomats — posting selfies of themselves covering one eye. The photos have been tagged with #SolidarityWithKarim and #StandWithKarim.

“He and his mother came under an artillery attack in a popular market in Hammuriah, Eastern Ghouta. Karim’s mother was killed in that attack, and Karim sustained severe injuries to his skull,” said the Union of Medical Care and Relief Organizations, a group that provides humanitarian and medical assistance to “all Syrian victims of war.”

The Syrian Observatory for Human Rights said it witnessed the October 29 shelling in Hammuriah and in other places in the Damascus suburbs. The group monitored shelling by regime forces in an area of a kindergarten in Kafr Batna that left four children injured. A child died and three other citizens were injured in shelling in Saqba, it reported.

The International Committee of the Red Cross describes a “critical” humanitarian situation in suburban Damascus.

The #SolidarityWithKarim campaign has picked up supporters in the Middle East and across the globe, including private citizens, public figures and aid workers outraged that children have been the victims of attacks.

“The horrors faced by the children of Ghouta are unimaginable. Karim’s story is just one of many that could have been prevented. He will have to suffer with this affliction his whole life,” Dr. Ghanem Tayara, chairman of UOSSM International, said in a statement.

“The international community should be ashamed that this is allowed to happen with impunity,” he said. “It must stop now!”