EMERY COUNTY, Utah — One girl died and several other people were injured late Sunday night in a crash involving a Greyhound bus in Emery County.

911 tapes have been released and survivors as well as good Samaritans have recounted what unfolded after Utah Highway Patrol said the driver either suffered a medical event or became fatigued.

According to the Utah Highway Patrol, a bus traveling from Denver to Las Vegas had just undergone a driver shift change in Green River when it veered off of I-70 near mile marker 113 around 11 p.m.

The bus launched off of a small bluff and smashed into the rocky ravine below, about 200 feet off the interstate.

UHP originally said there were a total of 12 passengers on board, as well as the driver. They later updated that count to 13 passengers.

Lieutenant Steve Salas said passengers began climbing through the windows and out the crushed front end of the bus to escape, but four people including the driver remained trapped.

Lt. Salas said passengers tried to free the pinned driver, while a woman carried her unconscious husband off the bus and up the embankment, before helping others escape.

"One of the passengers actually climbed out of the bus, and came up to the roadway and flagged down a truck driver, and then they actually called in the accident," Lt. Salas said.

A 13-year old girl who had been riding the bus with her mother died at the scene.

Police identified her as Summer Pinzon from Azusa, California.

The driver and two of the passengers were taken by air ambulance to hospitals, Lt. Salas said, with serious injuries. One was taken to Grand Junction, Colo. and the other was taken to Utah Valley Medical Center in Provo. 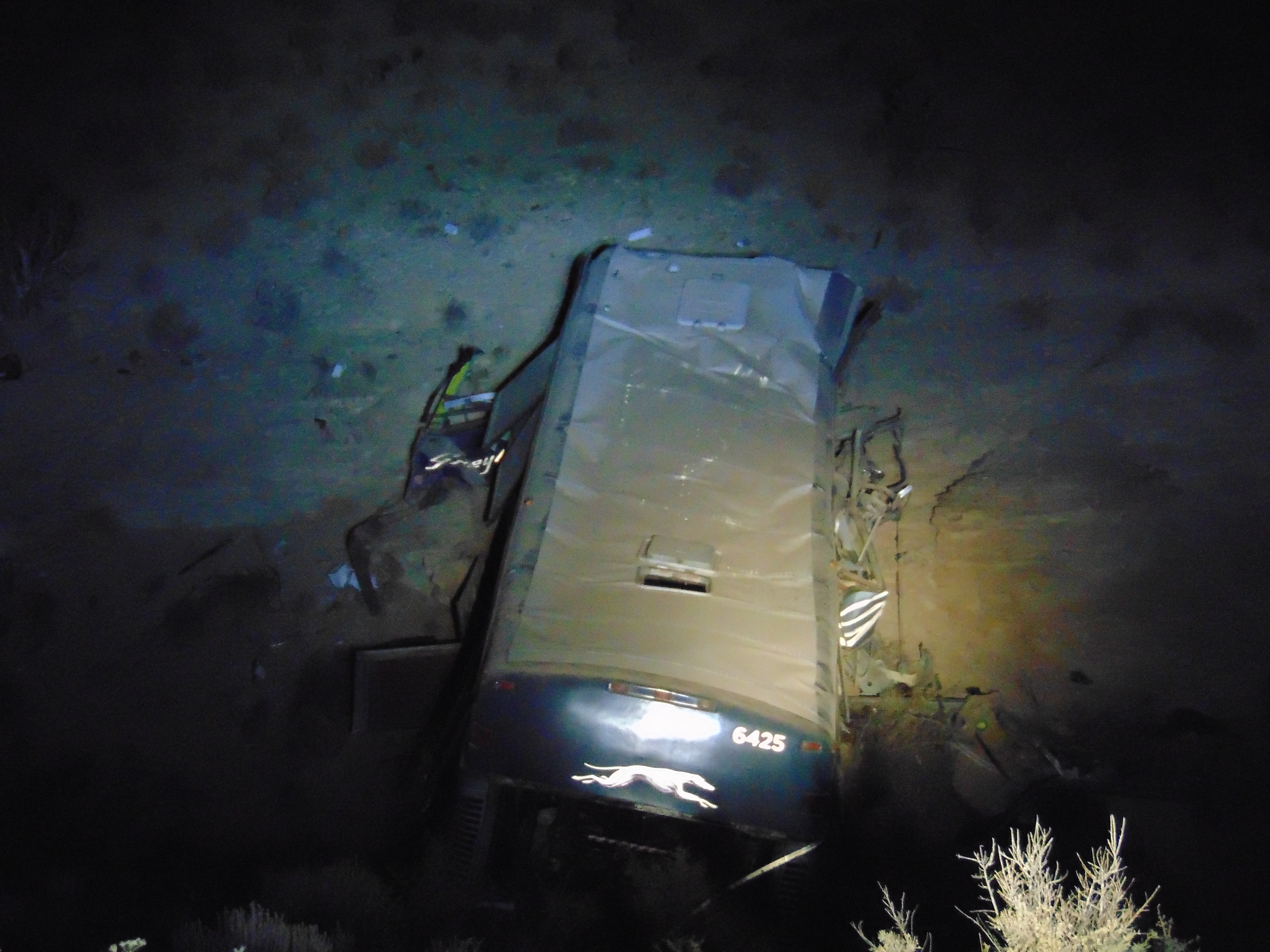 As of Monday night, they were in stable condition.

Everyone else on the bus took an ambulance to hospitals in either Richfield or Price with various injuries. Lt. Salas said while some remained hospitalized in critical but stable condition Monday night, others were released and staying at a hotel in Price paid for by Greyhound.

"Looks like everyone is going to make it through the accident," he said.

The passengers were from outside Utah, with most coming from California or the East Coast, Lt. Salas said.

The cause of the crash has not been determined, but Lt. Salas said they don't suspect another vehicle was involved or that something ran out into the roadway. He said road conditions were clear at the time.

DPS originally reported that a witness thought the driver may have suffered some kind of medical event.

Greyhound said they are cooperating with the local authorities in their investigation of the incident.

My thoughts and prayers are with the family of the young girl who passed away and those who were injured in the Greyhound bus crash on I-70 MM 113. This is a remote area. I appreciate our @UTHighwayPatrol troopers & first responders for their diligent work in helping the victims.