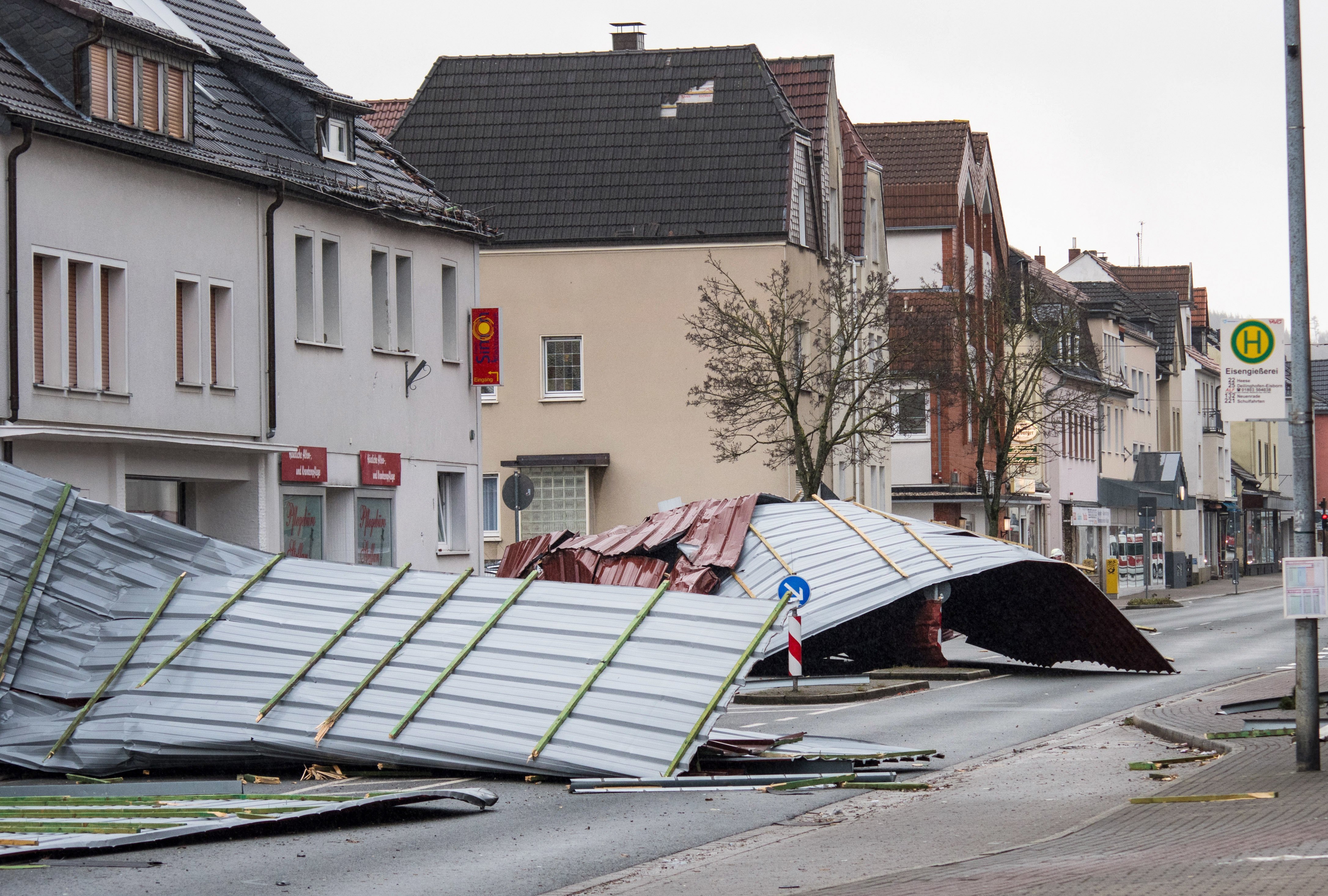 AMSTERDAM — Germany and the Netherlands woke up to scenes of devastation Friday after a powerful storm flattened buildings, disrupted travel and killed at least eight people.

Six people died in Germany, including two firefighters killed by falling trees and debris. A 68-year-old van driver was killed when his vehicle was blown onto the other side of the street, police said.

In Cologne, a baby was born in a car after road closures made it impossible for the mother to reach hospital, the city’s fire service said.

Germany’s DWD national weather service said the storm was “one of the strongest” since another powerful weather system, storm Kyrill, hit the country 11 years ago.

Rail services in North Rhine-Westphalia and parts of Rhineland-Palatinate, in the west of the country, remained suspended and would not resume service Friday, according to Deutsche Bahn.

Three of the reported deaths were in North Rhine-Westphalia, state Interior Minister Herbert Reul said, one of whom was a firefighter. Another 62 people were injured, he said.

The storm, called Friederike, brought winds stronger than 100 kph (60 mph), and is now headed toward Poland, where its strength is expected to lessen, according to CNN Weather anchor Tom Sater.

Two men, both aged 62, died as a result of the storm Thursday in the Netherlands, a police spokesman said. One was killed by a falling tree in Zwolle and the other died in Enschede.

Schiphol Airport in Amsterdam said it was expected to be busier than normal after it was forced to close temporarily on Thursday, resulting in the cancellation of at least 320 flights in and out of the key European hub. Strong winds also blew “a few roof plates” off buildings, it said, forcing the airport to close two departure entrances.

In the United Kingdom, windstorms Wednesday night into Thursday morning brought down trees and caused temporary power outages in parts of the country. Public transport was also affected.