PORTLAND – An Oregon boy died in Portland over the weekend after an eight-day battle with flesh-eating bacteria, and now his mother is trying to warn others.

Sara Hebard told KPTV she wants other parents to know how easily and quickly this disease spreads, explaining that the tragedy all started when her son fell off his bike.

She explained her 8-year-old son Liam Flanagan was riding his bike on the driveway of his family’s farm in pilot rock when he took a bad fall. He went to the emergency room in nearby Pendleton with a bloody thigh wound near his groin.

Hebard said Liam was stitched up with seven stitches and that she thought that should have been the end of it, but Liam complained of pain.

At first, Hebard said she treated it with Tylenol, but the pain seemed to get worse – much worse. 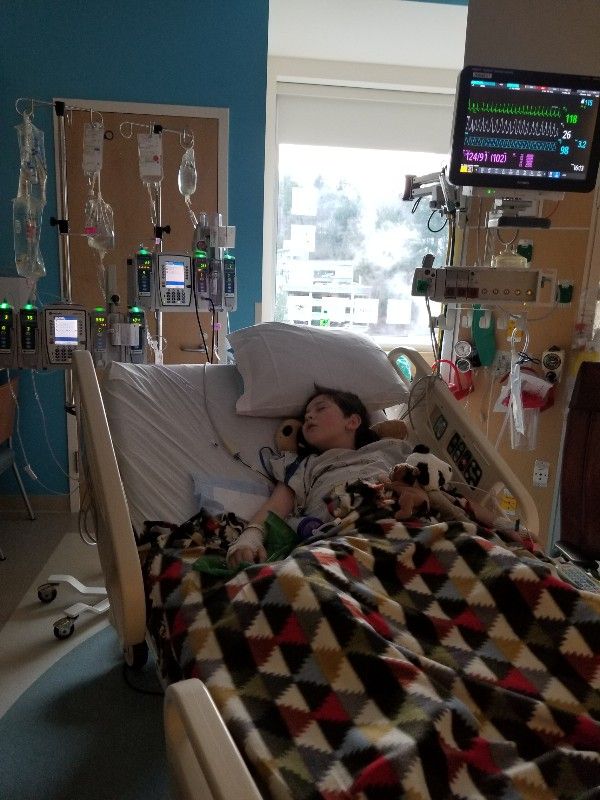 Liam was rushed in for emergency surgery but, eight days after falling from his bike, the 8-year-old died from the infection. (GoFundMe)

Hebard said they took Liam back to the hospital in Pendleton where he had emergency surgery. He was then airlifted to Doernbecher Children’s Hospital in Portland where he underwent several more surgeries.

Flesh-eating bacteria can spread very quickly. Doctors tried to cut it out from muscle and tissue stretching from Liam’s ankle to his armpit.

Hebard is still shocked that all of this started when her son fell off his bicycle.

Liam Flanagan died Sunday in Portland. He was a second-grader at Pilot Rock Elementary School.

Hebard said he was a sweet, kind boy who never made an enemy and made everyone around him happy. Her advice to other parents is simple.

“I would have to say for one, hug your children tight because you never know how quickly it goes, and then to pay attention to them and don’t just take for granted it could just be a simple accident,” she said. “And to spread awareness because people don’t know. I had never even heard of this before.”

A GoFundMe has been set up for the family, and more information can be found here.