Man arrested in Heber City with ‘substantial’ amount of marijuana

HEBER CITY, Utah – The Heber City Police Department arrested an 18-year-old Sunday, after allegedly finding a substantial amount of marijuana in his vehicle.

According to police, Calvin Herman Giese was stopped for speeding.  When officers approached the vehicle to contact Giese, they said they smelled a strong odor of marijuana.

The vehicle was searched, and a large amount of marijuana and marijuana edibles were reportedly found.

Giese was arrested by police, and booked into jail for speeding, DUI metabolite, two counts of possession with intent to distribute and one count of possession of paraphernalia.

Pictures of the seized materials can be seen below: 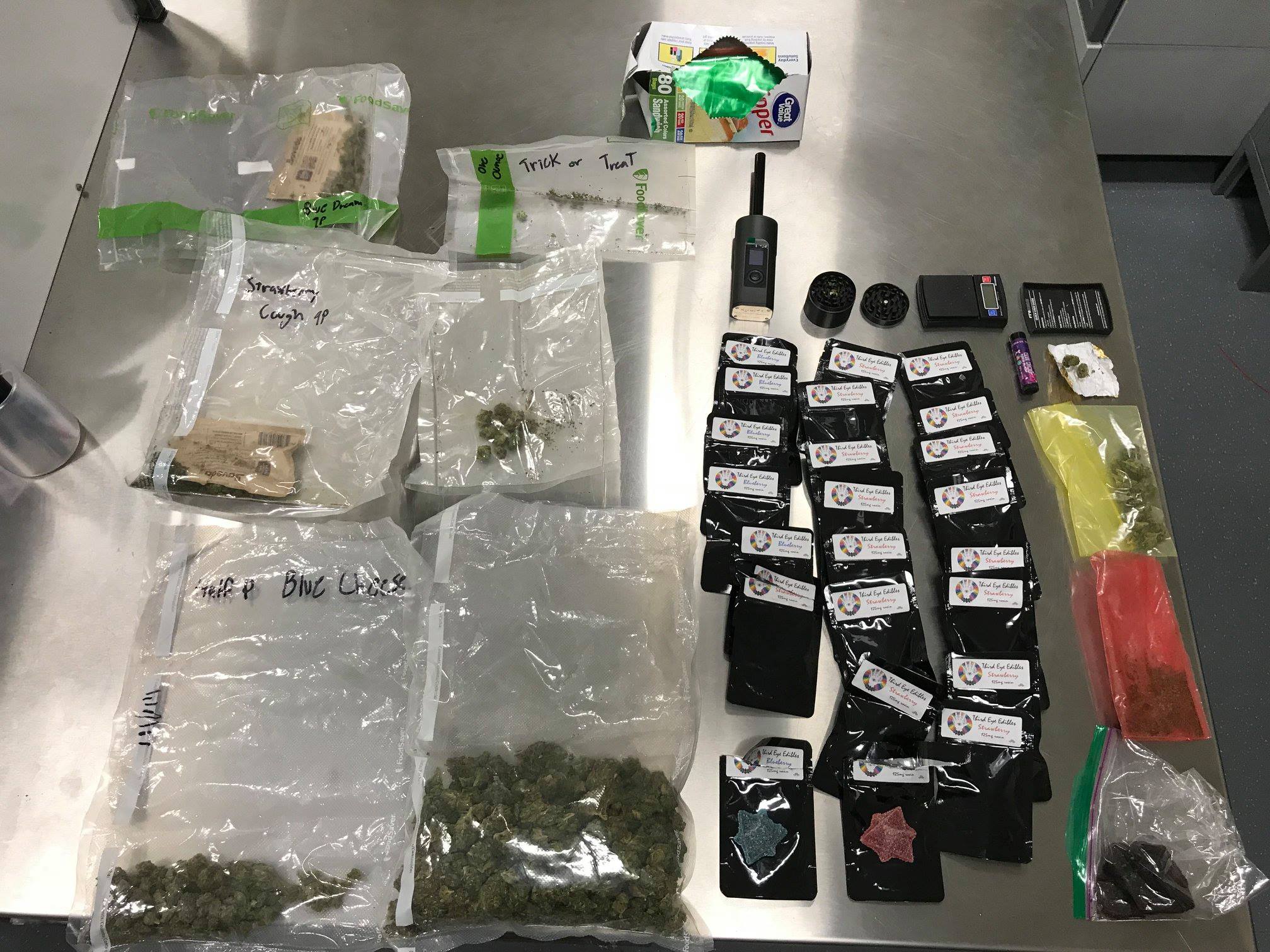